Why this commercial line is unprofitable

That’s because “market consolidation is something that you might see on the carrier side,” said Ian Fraser, assistant vice president of technology, cyber and professional lines at Sovereign Insurance. He was commenting specifically on carriers whose products include D&O liability.

Industry-wide, D&O is “not as profitable as it was 10-15 years ago,” Fraser said Monday in an interview. 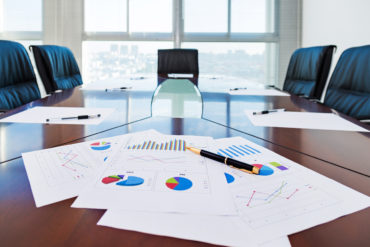 One reason for this is an increase in class-action lawsuits from shareholders alleging that directors and officers of publicly-traded companies misrepresented the true state of the company’s financial health.

“You are seeing very astute plaintiff class action firms monitor the pricing of stocks,” Fraser said. If the price of a company’s shares drops significantly, the plaintiff lawyers would look at public statements made by the company and see whether one could allege misrepresentation.

As a result, the frequency and severity of D&O claims is on the rise.

“Rates are holding flat but exposures are increasing and there is going to have to be a commercial shift to how we price our products and drive rate into the marketplace,” Fraser said of D&O.

“Companies that are focused on underwriting and pricing discipline are reportedly walking away from accounts if they are unable to get their desired rate increases, and as long as competition prevents companies from implementing meaningful rate increases, profitability for D&O will continue to decline,” added A.M. Best.

In Canada, there has been an “influx of new capacity into the marketplace, which is obviously putting downward pressure on rates [in D&O],” Fraser said Monday. “Within the D&O space, it has been very tough for most carriers to make money specifically on their publicly traded book.”

There has been an increase in the frequency of lawsuits against directors and officers since 2016, John Keogh, executive chairman and chief operating officer of Chubb Limited, said during an earnings call in October. He was commenting in general and not on Chubb specifically.

Chubb underwriters are “finding more and more instances” where rates are “not adequate to the exposure and this has led to us, as a result, shrinking our [D&O] business,” Keogh said during the Q3 earnings call.

Canada is different from the United States in one major respect: while shareholder protection is a national responsibility in the United States, it is a provincial responsibility in Canada. That means if directors and officers of a Canadian publicly-traded firm are accused of misrepresentation, they could be sued in multiple provinces. Because of this, defence costs are much higher than they would be if the directors and officers were only sued in one province, Fraser noted.