Eight women and two men were killed and at least 14 more injured Monday after a rental van deliberately rammed pedestrians on a stretch of Yonge Street near Finch Avenue. The driver was arrested shortly after stopping near Yonge St. and Sheppard Ave.

“There are countless [auto accident benefits] claims that are going to emanate from this,” Eric Grossman, founding partner of Zarek Taylor Grossman Hanrahan LLP, said in an interview.

The pedestrian victims could make first-party accident benefits claims on their own policies if they are a named insured or the spouse or dependent of a named insured, Grossman said. 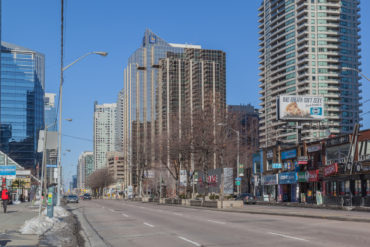 He was commenting on first-party accident benefits coverage and not on liability coverage.

David Contant, an insurance lawyer with Nelligan O’Brien Payne, told Canadian Underwriter earlier that if the person who rented the van had his own auto policy, then that insurer could be on the hook if the driver was sued. Ontario’s standard auto liability policy does not automatically exclude intentional or criminal acts.

That insurer could in theory “be paying out tens of millions of dollars,” said Grossman.

In Ontario, first-party accident benefits coverage provides up to $1 million in medical, rehab and attendant care for claimants with a catastrophic impairment. The limit is $65,000 for those whose injuries do not fall into the cat definition and $3,500 for those who fall into the minor injury guideline.

But “there is no global coverage limit,” Grossman noted, meaning the above limits apply to each claimant; they are not shared among injured parties in the same incident.

Accident benefits for victims who died from their injuries include $6,000 in funeral expenses and $25,000 in death benefits to a spouse, Grossman noted.

Charged with 10 counts of first degree murder and 13 counts of attempted murder is Alek Minassian, who made a court appearance April 24. Minassian is remanded in custody.

A Public Safety Canada spokesperson told Canadian Underwriter there is “no discernible connection to national security” based on what is known.

More News
Related
Regulator weighs in on disputed ridesharing claims
After Toronto van attack, what should brokers tell their rental firm clients?
How Aviva will cover Lyft in Canada
How insurance responds when vehicles are used as weapons