The meaning of the term “spouse” under the Family Law Act is not applicable when determining eligibility for accident benefits under an auto insurance policy, an Ontario court has ruled in a priority dispute between insurers. 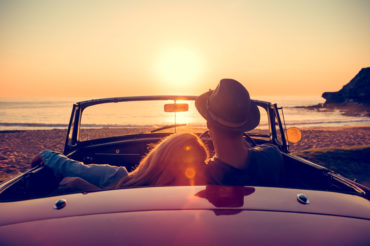 On Feb. 24, 2014, Helen Halliday was injured in an accident while in the parking lot of her workplace. Royal & Sun Alliance insured Halliday’s partner, David Zorony, who owned the vehicle Halliday was driving. Certas Direct Insurance Company, part of the Desjardins Insurance Group, insured the driver whose car struck Halliday.

In a priority dispute between Royal and Desjardins, an arbitrator ruled that Royal should pay Halliday accident benefits by virtue of the fact that Halliday was a “spouse” of the named insured, Zorony.

Royal appealed to the Superior Court for judicial review, noting that Zorony and Halliday had only moved in together one year prior to the accident; the Insurance Act defines a ‘spouse’ as someone who has cohabited with the named insured for three years.

The arbitrator observed the wording used to describe a “spouse” under both the Family Law Act and the Insurance Act is essentially the same. She went on to develop a broad, contextual interpretation of “spouse” that contradicted the literal wording in the Insurance Act, which requires that an insured party and his or her spouse “live together in a conjugal relationship” for three years.

The arbitrator’s definition of ‘spouse’ took a family law approach, finding that the insured and his partner were “spouses” even though they had only moved in together for one year before the 2014 auto accident. They had been involved romantically since 2008, the arbitrator noted, and the only reason they hadn’t cohabited earlier was that the insured’s partner lived with her mother to provide care and assistance.

In the family law sense of a “spouse,” dependency is crucial to the spousal support context, Justice Morgan observed. To establish the need for spousal support, persons can be shown to “live together” – i.e. live interdependent lives – but maintain separate physical residences.

“In most non-family law contexts, and particularly in the insurance law context of automatic benefits without a broad sociological foundation on which to base those benefits, people who ‘live together’ can be considered spouses, but only if they do so in the normal sense of those words and for the requisite period of time,” Justice Morgan concluded.