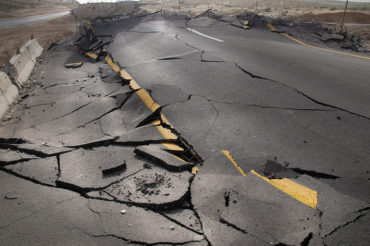 “Human beings really don’t like thinking about the bad things that could possibly happen,” Karen Gavan, a member of Swiss Re America Holding Corporation’s board of directors, said in a phone interview. “We tend to block those out. I think there’s a huge opportunity for an increased understanding and education of consumers globally about the risks they face and what they can do to protect themselves.”

Gavan referred to a Swiss Re report, Earthquake risk in eastern Canada: mind the shakes, released this past July. In that report, Swiss Re predicts that Montrealers could experience $45 billion in economic losses if the city were to experience an earthquake measuring 5.8 on the Richter scale, the estimated strength of a tremor that hit Montreal in 1732. Eastern Canada was hit in 1663 by a 7.0-magnitude quake, Swiss Re noted.

Today, most homeowner losses would not be insured if an earthquake hits Eastern Canada.

Despite the fact that Montreal, Ottawa and Quebec City are vulnerable to earthquakes, at least 95% of homeowners in Eastern Canada do not pay an additional $200 a year for earthquake endorsements, Swiss Re noted in the report.

This is one example of a protection gap in Canada between insured and economic losses, said Gavan, one of three nominees for Swiss Re Group’s board of directors announced Dec. 8.

Gavan is a former chief operating officer and chief financial officer of Transamerica Life. She was appointed to the board of Economical in 2008 and served as CEO from 2011 through 2016.

Since retiring from Economical in 2016, Gavan has continued to serve on the board of Mackenzie Investments and Swiss Re America — a position she has held since 2015. She is one of three non-executive and independent members nominated to Swiss Re Group’s board. The others nominees announced Dec. 8 are Eileen Rominger and Larry Zimpleman.