If cannabis dies, how expensive could the claim get?

If a hydroponics system fails and it’s tomatoes or peppers that are spoiled, that’s one thing. But what happens if it’s a legal cannabis facility?

“The impact of cannabis on the [property and casualty] industry remains to be seen. We haven’t had too many claims yet but we probably will and they will probably be quite severe,” Dana McMillan, a claims adjuster with The Boiler Inspection and Insurance Company of Canada, said during the recent Annual Engineering Insurance Conference.

“If little things go wrong it has a huge impact in a hydroponics environment,” said Mike Storey, director of underwriting at BII, a subsidiary of Munich Re’s Hartford Steam Boiler unit. 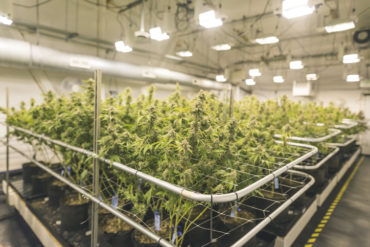 During the AEIC presentation – Underwriting Legal Cannabis Production – speakers from BII gave examples of claims not involving cannabis but arising from equipment failures at plant-growing facilities. The point was to illustrate the impact an equipment breakdown at a hydroponics operation can have on a business.

In one case, the client was growing about 350,000 plants, including peppers, at a 22-acre greenhouse facility. It had a computer controlled hydroponic system that controls the heat, humidity, sunlight and water.

The client got an alert about a problem with the nutrient supply system for those plants, said McMillan. Over a few hours, a greenhouse manager tried to determine what happened and was able to figure out there was a problem in the electrical room. It cost $359 to fix the equipment problem.

But an even bigger problem was 41,000 pepper plants died and an additional 115,000 more suffered loss due to insufficient fruit yield. The total cost of that claim – including spoiled product and business interruption – was more than $1 million.

Had a cannabis facility with the same square footage been similarly affected, it would have been a lot more expensive, suggested McMillan.

In Canada, commercial cultivation of recreational cannabis – which was legalized last year –  is going to be done mainly in hydroponic greenhouses, Storey suggested.

“What CEA means is that the grower has to take over the role of God. He has to provide all the necessities of life for the plants.”

In Canada there are billions of dollars worth of cannabis crop in legal facilities that would take up a combined area of about 350 acres, said Storey.

“It’s only about the size of a farm that you wouldn’t even turn your head and look at if you were driving down the road,” said Storey. “These players are going to buy insurance. That’s the big difference.”

The 46th annual AEIC was produced by the Canadian Boiler and Machinery Underwriters Association and held at Vantage Venues in downtown Toronto.