The breach from the throne

Faulty toilet supply lines, often the source of six- and seven-figure water claims, are leading to subrogated claims against manufacturers, installers and others involved in the supply chain leading to your clients’ washrooms.

The way a toilet works is that sometimes a flex hose connects the water supply to the inside flap of the toilet tank, says Paul Okrutny, a materials engineer and founder of Mitigateway, a Toronto-based insurtech. Normally the flap in the tank opens if the tank is empty. But there’s a risk to homeowners of a part failing on the toilet supply line, meaning the part outside the tank is releasing water on to the floor until someone shuts it off. 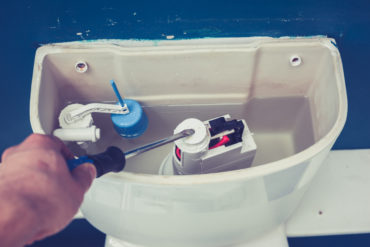 This can happen, for example, if a plastic nut degrades because it comes into contact with chlorine, said Okrutny.

“It is similar to taking a hose from the garden, running it to the top floor, and turning it on full-blast,” said Samantha Biglou, a Toronto-based litigation lawyer with Mason Caplan Roti LLP, a law firm that has handled hundreds of subrogated claims.

“Until someone shuts off that water supply line, the water will continuously run. In some cases where the toilet supply line failed from a top floor, the homeowners come home and find their ceilings caved in, and there is water coming down from the ceiling,” said Biglou, whose comments are not intended as legal advice.

Before Okrutny founded Mitigateway, he worked for a forensic engineering firm that investigates property damage to determine cause.

One time, Okrutny was involved in an investigation of a water damage claim of about $1 million at a high-rise apartment building. A toilet flex hose above the 40th floor failed and damage occurred on several stories below. Okrutny wanted to know if other suites in the building had the same toilet supply flex hose as the one that failed and caused the water damage. He discovered half a dozen other suites with exactly same hose, one of which was close to failing, said Okrutny.

It is not always obvious to the consumer if there is a problem with the toilet supply line, said Okrutny, adding it is difficult for an underwriter to describe to the lay person the features of a risky hose compared to one that is not. Mitigateway is currently looking for insurance company partners that would facilitate an inspection of clients’ homes using Mitigateway’s app, which would provide inspection results.

There are generally two categories of failure for the toilet supply line, said Biglou. The first category relates to failures caused by improper design, assembly, or manufacture. The second type relates to improper installation. In some cases, the failure could be caused by a combination of these two categories.

It is not unusual for the installers, such as the construction contractors or plumbers, to say they rely on the manufacturers and designers to give them instructions on how the toilet supply line should be installed and maintained, and on its life expectancy, said Biglou.