Why leaking sewers are contributing to higher flood risk

“We have allowable leakage, a little water is fine,” said Barbara Robinson, president of Norton Engineering in Kitchener, Ont. “I’m talking unacceptable leakage and I sometimes see leakage that is 10 or 15 times higher than allowable on Day 1. It’s absolutely incredible that this is going on.” 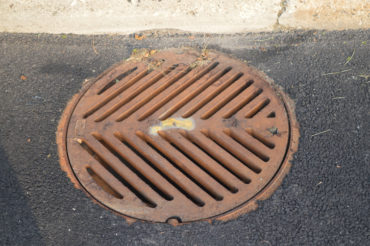 As well, the lifespan of a sewer is significantly decreased if it is leaking due to the support structure around the pipe starting to degrade. “It depends on how bad the leak is, but as soon as you have a leak, you have a problem in perpetuity.”

The Government of Canada notes that urban flooding alone “has been a growing problem, resulting in more than $20 billion in flood damage over the ten-year period between 2003 and 2012.” Canadian property and casualty insurers have been spending about $1 billion each year for catastrophic events, several of them flood-related.

Robinson was speaking at a session titled Codes & Standards, which heard from panelists about the Canadian codes and standards network and how they are developed.

She noted that building codes were not originally designed for sewers. Rather, “sewers were added later in the process and it’s quite silent on how to lay a sewer in the building code.” On the other hand, the underlying standard is quite perspective on how to lay, test, compact and camera the pipe.

“The building code is a beast,” Robinson noted. “It’s great in that it covers so much stuff, but it refers to so many standards that are behind the building code. Building officials do not have the time to read 3,000 standards each year and update themselves about how these standards are working or what’s the latest and greatest.”

Municipalities also tend to work in silos. For example, the building and engineering departments tend to have completely different standards. Building departments work under the building code, while engineers never learn about the building code. Education across silos is essential, as is improving practices around inspection, testing and approvals. Codes can also be updated to reflect the latest findings about leaking sewers.

“What is happening though is we are not constructing, testing and checking things,” Robinson said. “There are some gaps between standards on the public side, municipal side and the private side that would all lead to minimizing the risk of this leakage.”