SaskPower warns that service may not be restored until late Tuesday at the earliest in some areas. 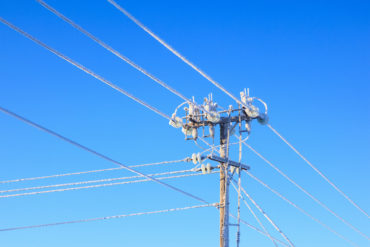 Spokesman Jordan Jackle said crews are trying to assess the cause and do repairs.

Frost has caused power lines to fall and sag in recent days. SaskPower is warning people to stay at least 10 metres away from the lines.

“We do know the frost had a significant impact on our infrastructure out there in the past number of days,” Jackle said Tuesday. “Obviously that will factor into how we’re looking at this in terms of downed lines and what not.”

Jackle said the company is still trying to determine who is affected by the outage.

The company says Estevan, Melville, Humboldt and Rosthern are among the many communities without power.

“The outage centre is getting lots of calls to help us pin down who exactly is without power right now.”

Schools in Regina have held some classes in the dark while classes at the University of Regina have been cancelled for the day. Some businesses have also closed.

Regina police and Saskatchewan Government Insurance are reminding drivers to treat intersections as four-way stops when traffic lights are out.

– With files from CJME and CTV Regina