Drivers in Newfoundland and Labrador can thank the province’s improved financial situation for a lower tax burden on auto insurance premiums in 2018.

If the province’s financial situation continues to improve, the government said it might consider reducing the tax even further, Insurance Bureau of Canada (IBC) told Canadian Underwriter Wednesday.

When Newfoundland and Labrador announced Tuesday that it will reduce its retail sales tax (RST) on auto insurance premiums from 15% to 10% over the next four years, it was a rare example of a government reducing a tax so shortly after it was installed – as promised. 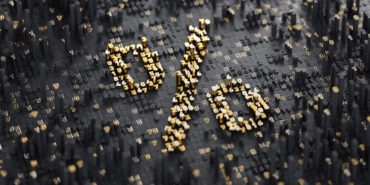 “In 2016, they weren’t getting a lot of credit for considering to reduce it at some point in the future,” Tom O’Handley, IBC’s manager of government relations in the Atlantic region said in an interview. “Yesterday’s budget was certainly a step in the right direction of them going forward with that.

“Typically, when they put [a tax] on, the general perception is that once people start paying it, they are going to be paying it forever.”

When the tax was initially put on two years ago, the government indicated that if the financial situation in the province improved, they would look at reducing the tax or taking it off auto premiums altogether. “They put out a budget yesterday that still has a deficit of about $800 million, but it was much better even than they had anticipated it was going to be, so that’s why they decided to go with putting in some relief for the amount of tax on insurance,” O’Handley said.

When asked what is contributing to such high auto insurance premiums in Newfoundland and Labrador, O’Handley noted that it is the only province that doesn’t have a cap on minor injuries.

A closed claims review of auto insurance in the province is currently underway, the results of which are expected in about a month. “We are quite certain that study is going to show that minor injuries are much higher in Newfoundland and Labrador than anywhere else in any of the other Atlantic provinces, and the reason for that is that there is no cap,” O’Handley said. “Once those costs go up, premiums go up as well.”