Government farm insurer not asking for documentation to support claims

An Ontario government-owned insurer should be requiring farmers to submit supporting documentation when paying production loss claims arising from harsh weather or disease, the auditor general recommended in a report tabled Dec. 6 in the legislature. 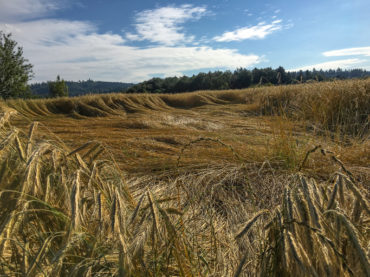 “Farmers are not required to provide independent documentation, such as sales invoices and purchase receipts, to support the information they report to Agricorp,” Lysyk noted. “Overpayments occur due to incorrect and misleading information from farmers, which Agricorp often does not verify.”

In 2015, Agricorp’s audit group “found that a farmer under-reported his soybean and corn yield in his 2011 and 2013 production insurance claims by including a portion of his yield in his wife’s name,” Lysyk wrote. “The 2011 soybean claim amounted to $76,000 while the 2013 corn claim was for $45,000. Agricorp clawed back the entire 2011 claim, which had already been paid out, and denied the 2013 claim, which was being processed during the audit.”

Agricorp’s production insurance payments “are based on information reported by farmers themselves, but farmers are not required to provide documentation to support income, expense, and other financial information they report,” Lysyk found, adding the insurer “generally does not validate the information from farmers.”

In nearly a third (31%) of 560 audits of Agricorp from 2013 through this year, government staff found “farmers were either overpaid or underpaid by a total of $5.6 million.”

Lysyk recommends that with “high risk” applications, Agricorp should be asking farmers for source documentation. She also recommends the insurer “explicitly identify the circumstances when a farm visit is necessary to further validate the information reported by farmers, and track the results of such farm visits.”

The provincial auditor also raised a flag about Agricorp’s tech expenses. The insurer is spending an increasing amount of money maintaining its computers, Lysyk observed.

About one in five dollars spent by Agricorp in 2007 went to maintaining information its technology system, but now Agricorp spends nearly a third on IT maintenance, plus the insurer uses more than 30 systems to administer programs, Lysyk wrote in her annual report. One of Agricorp’s “main” systems is 25 years old and another is more than 10 years old, she added.

“In the last five years, there have been 31 system-related errors that resulted in farmers either receiving incorrect information about their program participation, or incorrect payments totalling over $2.7 million.”

Ontario farmers face two broad categories of risk that affect profitability. One is that production could drop below normal because of bad weather, disease or pests. The other is price fluctuations in both the goods and services farmers need to buy for their farms and in the agricultural products that they sell.