How Aviva is simplifying its claims process

Aviva Canada has worked with provincial regulators to simplify its products and the claims process for customers.

“We’ve done that specifically for [accident benefits], where we got a lot of feedback from customers that the forms were confusing, they didn’t know when to submit them, that there’s a lot of them,” said Bryant Vernon, Aviva Canada’s chief claims officer, in an interview with Canadian Underwriter Monday. “So, we worked with regulators just to understand what was being done for us and what was being done for [customers]. The stuff that was being done primarily for our own benefit, we tried to eliminate that as much as possible and put more trust in the customer.” 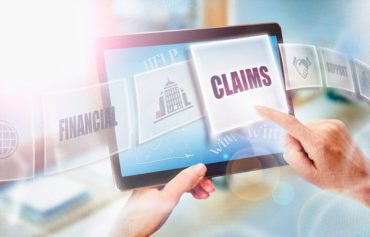 For example, if a vehicle is a complete write-off, the insurer needs the proof of loss in order to salvage the vehicle and can’t do that otherwise. “We were collecting it for everything,” Vernon said. “We know that for total losses, it’s necessary for us to salvage it, but in many other areas, it’s not, so let’s not require [a proof of loss] because it adds extra time. It could add a week or more to the claims experience. If people don’t get around to filling it out, that leads the adjuster to be in the situation as to, ‘Is it OK for me to pay out on this or is it not?’ We don’t want our adjuster to ever be in that situation with the customer.”

Vernon spoke to Canadian Underwriter in advance of the release of Aviva plc’s 2018 Global Claims Report on Wednesday. He discussed what insurers could do to make it easier for consumers to understand what is needed during the claims process.

Aviva is digitizing a lot of its paperwork “and proof of loss is one of those things we’re looking a digitizing.”

It’s also working on simplifying policy language for non-regulated products, so it’s easier for customers to understand. “We actually are updating our initial policy documentation so it’s much easier to read – it gives examples of what’s covered and what’s not covered. I think it is possible to simplify it and to make it approachable to most people while still ensuring you have the appropriate protections in place.”

Aviva’s 2018 Global Claims Report found that the insurer paid out 99% of its claims in Canada last year (over $2.7 billion), up from 98% in 2017. When asked what customers are doing or not doing that is affecting payouts, Vernon pointed to the following: