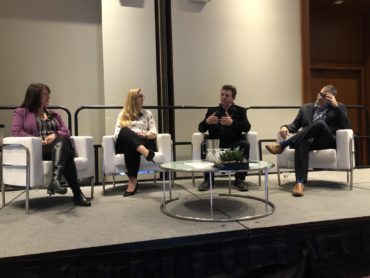 Years ago, an adjuster would be sent out to look at a claim after a client put their pot fresh off the stove directly on their linoleum countertop, leaving a round burn mark. Compare that to today, when a $50,000 basement flood claim might be handled entirely over the phone.

That’s just one example of how the independent adjuster’s role has changed over time, according to ClaimsPro’s Lorri Frederick. “So it’s quite different now from the old days of the countertops. The role has reduced, I would say,” she said as part of a panel discussion at the Canadian Insurance Claims Managers’ Association/Canadian Independent Adjusters’ Association Ontario Chapter’s Annual Joint Conference in Toronto recently.

What’s driven such change? Technology, said Gerald Mastromatteo from Zurich. “Technology has played a big role in the difference. We don’t need as an insurer to do a scene investigation as often as you normally would.”

The internet has particularly changed the way claims are handled, he added, explaining that when a new claim comes in, a Google search for the person’s name is the first thing done. “In dealing with a car crash, you could find the obituary and all kinds of information before you make your first call,” Mastromatteo said. “That was information back in the day where you’d have to hire an IA and everything was done manually.”

As the role of technology has expanded, the independent adjuster’s role has contracted. “[It’s progressed from] full handle, to partial tasks, to the bare things you can’t do using technology,” Mastromatteo said.

Jacqueline Caceres, president of Integrated Insurance Resources, is noticing the change. In-house teams at carriers are getting bigger and handling more sophisticated claims that used to be farmed out to independent adjusters. “That goes hand-in-hand with the technology in terms of what’s available to the adjuster,” she said. “It’s part-and-parcel of the same phenomenon.”

What that means for independent adjusters is that they, too, have to become more sophisticated, by moving into more specialized work, Caceres explained to the panel. The general, one-size-fits-all approach isn’t feasible anymore.

“You have to have more of that specialized area of focus,” she said. “The insurer is reaching out to you for a particular reason because of your area of expertise, your relationship with a client, or the program you’re working on.”

Moderator Riaz Coolman of Northbridge asked Wawanesa’s Jonathan Brown under what circumstances would he farm out a task to an independent adjuster. One example, he answered, would be when communication with the client is needed right away. The internal claims team might not be able to respond as quickly. “With technology, we don’t need to have all that face-to-face time but there needs to be instantaneous communication.”

Another challenge facing independent adjusters is ensuring their role includes investigating, negotiating, and settling claims. Too often, assignments come in that are task-based, said Fredrick. When that happens, adjusters aren’t getting a rounded experience, which is crucial for younger professionals. That’s also why focusing on niche business or assignments where the full experience is being offered is important.

Otherwise, “you go to a mediation, or an examination of discovery, and you don’t have the skill-set to manage your way through or to understand how the things you did in that initial investigation help you get the file to conclusion,” she said. “It’s about maintaining that skill-set across our adjuster workforce.”