How total losses may trend in 2020 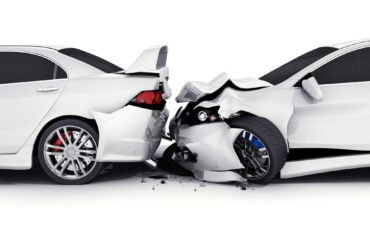 With no relief in sight regarding the escalation of auto repair costs, software and data company Mitchell predicts that insurers’ total loss volumes will continue to grow.

The frequency of total loss outcomes reached 17.53% in the first half of 2019, according to Mitchell data, and could cross the 18% mark sooner rather than later.

Total losses are likely to be on the rise in part because insurance companies are lowering the bar to declare a vehicle a total loss, according to Ryan Mandell, director of performance consulting at Mitchell International. The market for auto parts is brisk, and insurance companies are reporting record returns on salvage parts, while whole car scrap prices are weak. The high cost of fixing new cars, combined with the high returns for selling off wrecks for spare parts, has insurers lowering their threshold for declaring a total loss.

The rising cost of repair means an increased likelihood that a vehicle will be declared a total loss, Mandell added. Advancing vehicle technology coupled with an increasing inability to repair some vehicle components has led to an increase of parts replacement.

The value of total loss settlements is also increasing for insurance carriers, Mandell said. Average total loss values were up 6.55% in the first half of 2019, compared to the same time last year.

According to Richmond Hill, Ont.-based DesRosiers Automotive Consultants, about 75% of all new vehicles purchased are light trucks, with the remaining quarter of sales being passenger cars. The gap has quickly widened over the last few years, and the results of this trend are showing up in Mitchell’s data. “This shift is one of the primary drivers of the increase in market values, as light trucks and SUVs were valued, on average, 36.44% higher than traditional passenger cars in the first half of 2019,” he wrote.

According to Mandell, SUVs and light trucks accounted for 40.57% of total losses in the first six months of 2019, up more than 1.5 percentage points from the year before.

Luxury vehicles are also accounting for more of a share of total loss volumes. Mandell noted a “drastic jump” in Tesla vehicles being written off as total losses in the first half of 2019 – a rate that is three times higher than during the same time in 2018. “While the overall percentage that Tesla accounts for is still relatively small, the average market value is almost US$60,000,” he wrote. “Additionally, Tesla sales continue to grow with the Model 3 coming in as the Number 1 selling luxury vehicle in the first half of 2019.”

A Model 3 in Canada starts at $55,990, according to Tesla’s website, before government rebates are factored in.

Mitchell data also found that the average age of total loss vehicles has dropped by half a year. Because newer cars are more complex when it comes to technology and construction (even advances in headlamp technology are making repairs more expensive, Mandell highlighted), they are more likely to be declared a total loss in comparison to older ones.