The Insurance Corporation of British Columbia (ICBC) has received more than 3,000 claims from two sulphuric acid spills in April and May, the public insurer said Wednesday.

The Canadian Press reported mining company Teck Resources as saying two spills of sulphuric acid occurred on April 10 and May 23 along a busy commuter route in Trail, after the company sold the acid and it was being transported. 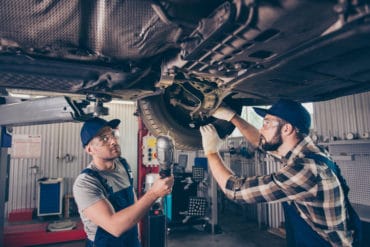 ICBC has dedicated a team of 30 staff to work on the file to prioritize these claims. To provide context, generally there are two estimators and one adjuster working in Trail.

While there is no estimated claims cost associated with these events, ICBC spokesperson Joanna Linsangan told Canadian Underwriter these claims are complex and require extra time to process. “Each vehicle may have been exposed to varying degrees of sulphuric acid, affecting different parts and components of the vehicle,” she said, adding ICBC has retained a technical expert to assist in determining the level of contamination of each vehicle.

The Canadian Press said the “acid has the potential to corrode vehicle undercarriages, especially brake lines and brake systems.” Linsangan noted many customers are reporting the claim as a precaution and the public insurer is starting to see an “increased trend of vehicles without exposure to sulphuric acid.”

In the first spill, about 220 litres of acid leaked as a truck travelled a 16-kilometre stretch of highway. In the second, about 70 litres dripped from the truck over six kilometres along the same route. Teck Resources has reported both spills were cleaned up, so no acid seeped into area waterways and there is no damage to roads or bridges.

The claims would be covered for customers who have ICBC’s comprehensive insurance coverage. If a customer’s vehicle is deemed a total loss, they would be paid out the actual cash value of that vehicle. Comprehensive claims do not impact a policyholder’s premiums.

“We want to thank our customers for their patience as we work as fast as possible to process these claims and inspect each vehicle for damage,” Linsangan said. “It is uncommon for ICBC to receive such a high volume of claims within such a short period of time.”

More information is available at www.icbc.com/trail.