Intact released its $115 million estimated catastrophe loss Tuesday. The company has yet to release its full financial results for 2019. The actual current-year catastrophe loss for Q4 2018 was $55 million.

“Losses were concentrated in Canadian property lines with impacts of approximately $54 million and $48 million pre-tax in commercial and personal property respectively,” Intact said Jan. 8 of its Q4 2019 catastrophe estimate. 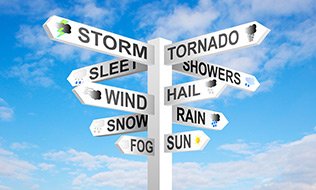 For the purpose of its financial results, Intact defines a catastrophe claim as a claim or group of claims, related to a single event, which is larger than $7.5 million for Canada. In the U.S., Intact’s cat threshold is US$5 million.

Intact did not mention any specific Q4 2019 events in its release Tuesday. But the Insurance Bureau of Canada noted earlier that from Oct. 30 through Nov. 2, a storm in Eastern Canada cost the industry $250 million in insured damages.

In its Global Catastrophe Recap report for November, Aon reported total economic losses from the Hallowe’en 2019 storm system were estimated up to $365 million.

In 2013 and 2016, Canadian primary insurers were able to unload a lot of their losses from Fort McMurray and the large flooding events to reinsurers, A.M. Best senior director Greg Williams said during the market briefing. But more recently many losses came within the insurers’ retentions.

Ranking first through fifth were: