Judges disagree on whether this collision was a ‘true accident’

A motorist who is being sued by his passenger after a single-vehicle accident wants his case heard by the Supreme Court of Canada.

The issue at hand is whether the single-vehicle crash was a “true accident,” in which nobody can be held at fault for the vehicle rollover.

Gordon Lipka was driving home from work along a gravel logging road near Powell River, British Columbia on Mar. 11, 2011.

Lipka lost control of his vehicle after driving on to the shoulder. The vehicle fishtailed, crossed the road, travelled up an embankment, launched into the air and rolled before landing. Riding in the passenger’s seat was Brad Gaebel, who was injured and is suing Lipka. 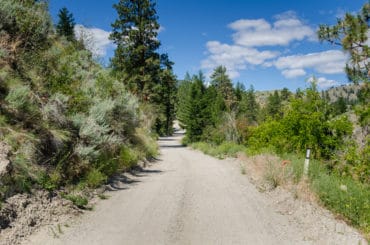 The lawsuit was initially thrown out of court in Gaebel v. Lipka, a Supreme Court of B.C. ruling released Dec. 22, 2016. The single-vehicle crash was a “true accident where no one can be held at fault for the vehicle rolling over,” Justice Neena Sharma of the B.C. Supreme Court wrote in 2016.

But plaintiff Gaebel was successful on appeal. In a unanimous ruling released Dec. 13, 2017, the B.C. Court of Appeal ruled that the trial judge erred in not drawing an “inference of negligence” on the part of Lipka.

Lipka is applying for leave to appeal, the Supreme Court of Canada announced Sept. 7, 2018.

Lipka said he was rounding a corner and moved his vehicle to the right side in case an oncoming vehicle was approaching. Gaebel had countered it was not necessary to do this because any oncoming traffic would have been clearly visible.

In moving his car to the right of the road, Lipka was using “common sense about how to drive on any gravel road which is not wide enough to accommodate two vehicles,” Justice Sharma wrote.

But appeal court judge Richard Goepel countered that losing control of the vehicle under these circumstances “gives rise to a prima facie inference of negligence.”

The appeal court found Lipka is fully liable for Gaebel’s injuries and that a new trial is required to figure out how much money Lipka should pay Gaebel.

The issue is around the standard of care in operating a vehicle, and what conclusions a judge can make on whether or not a motorist is negligent.

Citing Fontaine v. British Columbia (Official Administrator), released in 1998 by the Supreme Court of Canada, Justice Sharma said a plaintiff “cannot succeed in establishing negligence for an accident by relying on the collision itself as ‘proof’ that the defendant has breached the standard of care.”

“It remains for the judge to determine whether an inference should be drawn as a matter of fact in a particular case where a vehicle leaves the road or a driver loses control,” Justice Goepel wrote. If a plaintiff has established a “prima facie” case that a motorist was negligent, then the  defendant “must ‘negate’ that evidence, failing which the plaintiff will succeed,” Justice Goepel wrote, citing case history.

It is now up to a three-judge panel of the Supreme Court of Canada to decide whether or not it will hear an appeal from Lipka.