How legal defence costs can be ‘gobsmacking large,’ even when you win the case

A recent decision by an Ontario judge shows how much a corporate client might have pay to defend itself from a lawsuit – even one that gets thrown out of court.

Three beer manufacturers, Molson, Labatt and Sleeman, spent a combined total of more than $2.4 million defending themselves in a class-action lawsuit that they won and that never went to trial, court documents released Aug. 14 show.

“Defence expenses make up a large sum of an insurance claim, whether it be in errors and omissions liability, commercial general liability or a directors & officers insurance claim,” Toronto brokerage Aligned Insurance says on its website, commenting not on any particular court case but on liability insurance coverage in general. 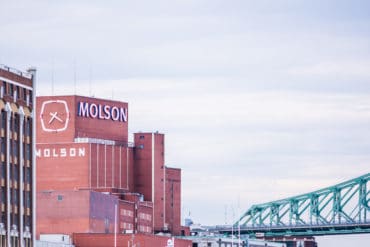 “For good or for ill, the costs of prosecuting or defending a class action can be gobsmacking large,” Justice Paul Perell of the Ontario Superior Court of Justice wrote in his Aug. 14 ruling in Hughes v. Liquor Control Board of Ontario. That case is a class-action lawsuit filed on behalf of all Ontarians who drink beer. It was filed in 2014, just days after The Toronto Star published an article revealing the existence of a 14-year old agreement between Brewers Retail (also known as The Beer Store) and the LCBO.

The 2000 Beer Framework Agreement (revealed in 2014 by The Toronto Star) stipulated that the LCBO could not sell beer in packages containing more than six bottles or cans. The agreement also gave Brewers Retail a monopoly on the sale of beer to restaurants and bars that serve beer to their customers.

The representative plaintiffs are David Hughes and a numbered Ontario firm operating a pub known as The Poacher. In essence, the plaintiffs claimed that Ontarians overpaid for beer. Among other things, they alleged unjust enrichment and violation of the federal Competition Act on the part of beer merchants. They also argued, unsuccessfully, that the defendants violated the Federal Competition Act due to the way beer is sold in Ontario. The plaintiffs sought damages of $1.4 billion, plus punitive damages of $5 million.

The case was dismissed on summary judgement in a ruling released Mar. 15, 2018.

The Beer Store was a defendant in the case, as was Labatt Brewing Company Limited, Molson Coors Canada and Sleeman Breweries Ltd. In 2000, Labatt, Molson and Sleeman were the shareholders of Brewers Retail.

In his cost ruling released Aug. 14, Perell ordered that the defendants be reimbursed on a “partial indemnity” basis for their legal costs. This means they get some but not all of their legal fees.

A judge would only award costs on a “substantial indemnity scale or full indemnity scale” in “rare and exceptional cases, when the conduct of the party against whom costs is ordered is reprehensible, or where there are other special circumstances that justify costs on the higher scale,” Justice Perell wrote of Ontario civil law.

Ontario law gives the LCBO the power to “fix the prices” at which liquor and beer is sold. For decades, Ontario government policy has been to prohibit competition in pricing between the LCBO and The Beer Store. This policy has been essentially the same under the Liberal, Progressive Conservative and New Democratic parties.

Justice Perell found there was “no case at all” against Sleeman, which did not even know about the 2000 agreement until it was reported in 2014 by the Toronto Star. He ruled in favour of the other defendants on the grounds of the Regulated Conduct Defence. Among other things, that defence requires conduct be “required, directed or authorized” by provincial legislation.

The plaintiffs’ grievances against the beer manufacturers “would have been better resolved in the electoral theatre rather than in the judicial theatre,” Justice Perell wrote.

More News
Related
Supreme Court to determine fate of Lloyd’s payment in $5.6-million shipping loss
How your commercial clients are exposed to pot liability even if they don’t produce cannabis
How this dry cleaner got sued over 50-year-old pollution
Three product ingredients that could cause large claims