A severe storm that affected parts of Saskatchewan and Manitoba in mid-June resulted in more than $90 million in insured damage, according to data released by Catastrophe Indices and Quantification Inc. (CatIQ).

Strong winds and large hail – in some cases, the size of baseballs – caused significant damage to property in Saskatchewan, the Insurance Bureau of Canada (IBC) said in a press release Friday. In Estevan, the storm damaged vehicles, windows and siding, crops and industrial equipment. In North Portal, toonie-sized hail broke windshields, while in Beinfait, strong winds toppled saltwater storage tanks. 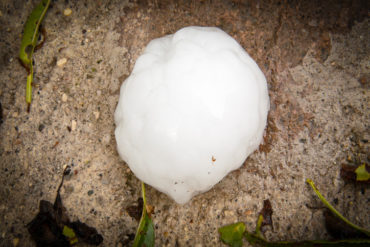 In Estevan, as well as in the Manitoba communities of Hartney and Portage la Prairie, the storm downed power lines, caused power outages, and flooded roads. A total of 42 millimetres of rain was reported at The Forks in Winnipeg; 25 mm was reported at the Winnipeg airport.

Red River Mutual is one of the insurance companies handling claims from the storm. Kabir Shaal, vice president of client services with Drone Software Canada Inc., is currently in southern Manitoba to conduct a couple dozen hail damage drone inspections on behalf of clients such as Red River Mutual.

Shaal told Canadian Underwriter Monday there are a few differences with drone inspections in rural Manitoba compared to jobs in urban areas such as the Greater Toronto Area. For example, the flat landscape has produced some gusty flying conditions, but the DJI drone handled this “with ease,” Shaal reported. Also, houses also tend to be on larger plots of land, so very good 3D imagery is possible.

“Wireless connectivity is sometimes a problem, but not a major one,” Shaal said, adding that the drone software is also able to handle issues such as municipal addresses not showing up on maps.

Since the beginning of 2017, weather-related insured losses in Saskatchewan and Manitoba have surpassed a total of $250 million, IBC reported. The weather events include: