Were the Ottawa-Gatineau tornadoes the costliest in Canadian history?

The tornadoes that struck the Ottawa-Gatineau area on Sept. 21 cost the industry $300 million in insured damage, the Insurance Bureau of Canada (IBC) said Wednesday.

Six tornadoes touched down that day, including one in Dunrobin, Ont. with wind speeds of between 225 km/h and 265 km/h (rated EF3 on the Enhanced Fujita Scale). 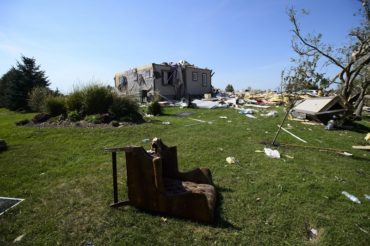 The recent tornadoes compare to a July 1987 event in Edmonton, which cost $148.4 million in insured damages at the time ($278.1 million in 2016 dollars), Glenn McGillivray, managing director of the Institute for Catastrophic Loss Reduction told Canadian Underwriter recently. That tornado reportedly killed 27 people, and destroyed 300 homes and 200 mobile homes.

Pete Karageorgos, director of consumer and industry relations for IBC, was in Angus, Goderich, and more recently in Ottawa, to witness the damage from all three tornado events. Speaking personally, Karageorgos gave his sense of the tragedy he witnessed in Ottawa. “Based on some of the damage I’ve seen, in the hardest hit areas of all three, I could say Angus comes in third spot, Goderich comes in second spot and [the Ottawa-Gatineau tornadoes]… will likely surpass Goderich in terms of the amount of damage,” he said in late September.

Insured damage estimates from the Alonsa tornado are difficult to assess because a wind and hail storm passed through the region at the same time. Wawanesa Mutual Insurance Company spokesperson David Hultin said Thursday the insurer received only two claims “for the Alonsa area related to the tornado specifically.” Wawanesa saw 170 claims in the Parkland region of Manitoba related to the storm.

More News
Related
Claims whack-a-mole: what’s going on in property lines?
Tornado damage: View from the ground
Will Ottawa-Gatineau insured losses set a record for tornado damage?
What’s the likelihood of an EF5 tornado in Canada?