Newfoundland expected to see up to 70 cm of snow

ST. JOHN’S, N.L. – Residents of eastern Newfoundland are bracing for a blizzard on Friday.

Blizzard warnings have been issued for much of the region, where up to 70 centimetres of snow is expected to fall on the northeastern edge of the Avalon Peninsula. 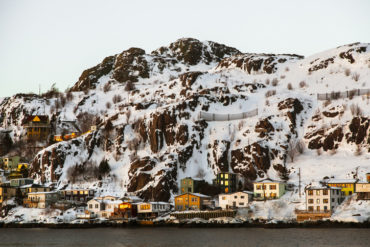 The forecast says blowing snow will reduce visibility to zero in the area, as well as in Clarenville and the Bonavista Peninsula, where up to 50 centimetres of snow is possible.

Northerly wind gusts are expected to peak at 140 kilometres per hour along exposed areas of the coast.

Meanwhile, wind warnings have been issued for eastern mainland Nova Scotia and Cape Breton, where gusts could reach 100 kilometres per hour later tonight.

This report by The Canadian Press was first published Jan. 16, 2020.