Oil spill off Newfoundland shore can’t be cleaned up

JOHN’S, N.L. It’s now impossible to clean up Newfoundland’s largest-ever oil spill that leaked into the ocean last week, according to the regulatory board that oversees the province’s offshore activities.

The 250,000-litre spill happened on Friday morning while Husky Energy’s SeaRose platform was preparing to restart production during a fierce storm that was, at the time, the most intense in the world.

Scott Tessier, chief executive of the Canada-Newfoundland and Labrador Offshore Petroleum Board, said no oil sheens were spotted on the water on Monday or Tuesday, meaning the oil has likely broken down to the point that it cannot be cleaned up. 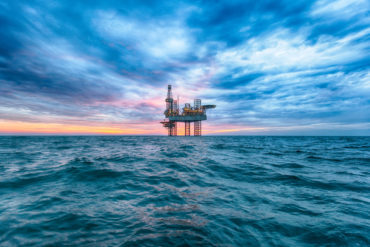 The board is now focused on wildlife monitoring and its investigation into the incident, southeast of St. John’s.

Husky Energy said in statement Tuesday that 14 oiled seabirds have been confirmed.

Rough seas blocked workers from attempting a cleanup over the weekend but a remote-operated vehicle was dispatched Monday, confirming that the spill came from a “weak link” in a subsea flowline.

Operators are responsible for following their own safety and environmental plans, Tessier said. The board’s role does not cover operational decision-making, but instead it monitors activities and investigates if things go wrong.

“The facility and the responsibility is really theirs to shut down (in) a safe and controlled manner as conditions allow, so in this case it would’ve been the operator’s decision to attempt the restart,” Tessier said.

All operators stopped work in light of the storm, but only Husky Energy attempted to restart production. There were 81 people on board the SeaRose at the time of the spill.

There was no formal direction order from the board for operators to stop work due to the weather, but Tessier said a notice was sent out by the board’s chief safety officer reminding them to follow appropriate safety checks before attempting to restart work.

In a statement released Tuesday, Husky Energy said the incident took place as the company was “in the process of resuming operations as conditions returned to normal operating parameters, and after safety checks were completed.”

Husky Energy was recently in hot water for another safety-related incident.

An investigation by the offshore board found the company failed to follow its ice management plan during a 2017 near-miss between the SeaRose and a large iceberg.

The rig was not disconnected as the iceberg approached, with 84 people and upwards of 340,000 barrels of crude oil onboard at the time.

Tessier said the findings of the iceberg investigation will be considered over the course of the current investigation.

“Absolutely, any regulatory agency would look at the track record of a company in a case like this and this will certainly be no exception,” Tessier said.

The factors behind Friday’s incident combine to make the case “serious and significant,” Tessier said, pointing to the historically large quantity of oil spilled.

“In this case the volume of the discharge is significant and the history of the company, and the fact that it did happen during a severe weather occurrence,” he said.

The investigative team will look at “people, process and equipment” to assess everything from decision-making to the overall safety culture to piece together the final report.

In 2004, 165,000 litres of oil leaked from the Terra Nova platform, which was at the time the largest for Canada’s East Coast offshore industry — still significantly less than the SeaRose’s 250,000-litre spill.

The accident has sparked renewed calls from concerned residents and politicians for the government to take a fresh look at how the province regulates its offshore oil industry.

Ball said independent groups are involved in the monitoring and the response to the spill as the current board investigates.