How air conditioner installer got dragged into basement flood

Moisture that an air conditioner collects could damage your client’s home if it doesn’t drain properly, but the client cannot necessarily blame the air conditioner installer for a flood. 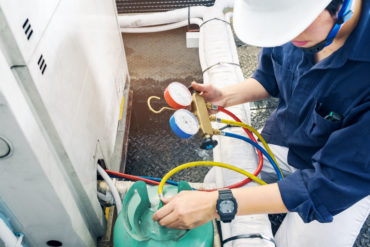 Gibson ruled against Sieb, who wanted Gandy Installations to reimburse him for $761.25 that he paid to have his flooded basement repaired. The key question before the CRT was whether a professional who installs an air conditioner has a duty to check the drainage.

Sieb provided no evidence that the flood was due to improper installation of the air conditioner, Gibson wrote in her decision.

Gibson ruled that an installer should choose a site with adequate drainage but does not have a duty to actually test whether the drainage functions properly. “It is not a requirement that the air conditioning installer pour water down the home drainage system to check for blockages,” she wrote.

Sieb did not provide the CRT with evidence of his restoration contractor’s opinion on the source of the leak, Gibson wrote.

He also did not provide evidence from anyone who repaired an air conditioner drain line blockage, “which he should have been able to do if that was the cause of the problem,” wrote Gibson.