A restoration firm dispatched by an insurer to respond to water damage at a British Columbia strata unit cannot collect the nearly $1,400 the contractor says the client owes for emergency services.

This is the result of a recent British Columbia Civil Resolution Tribunal ruling.

On May 20, 2018, Viktoriia Rogach discovered that water overflowed from her shower in the strata unit she owned. The strata manager provided a water pump, which Rogach used to extract the water. She set up three large fans to dry the floor and removed damaged laminate flooring. Rogach reported the incident to her insurer.

On July 9, Servicemaster invoiced Rogach $1,353.67 for emergency services. Rogach said she did not agree to have Servicemaster perform any services and instead was expecting Servicemaster to provide an estimate.

Servicemaster took Rogach to the province’s civil resolution tribunal, which handles lawsuits of less than $5,000. 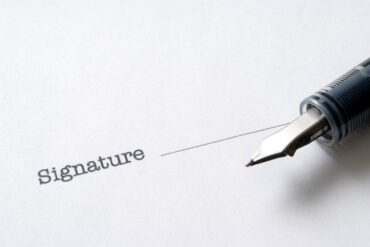 As evidence, Servicemaster relied primarily on a Statement of Work Authorization (SWA), which says Rogach is responsible for paying for any repairs or cleaning not covered by her insurer.

Servicemaster provided the CRT with a copy of the signed SWA relating to its visit to Rogach’s unit. But the signature on the SWA had no name printed beside it.

Ultimately CRT member Regehr found that the signature on the SWA was not that of Rogach, who was not home at the time. Rogach said the signature is that of her friend, who was there to let Servicemaster into the home.

The CRT does not have a statement from either Rogach’s friend, or any Servicemaster employee who came to her unit.

“There is no evidence of any written correspondence between the parties other than Servicemaster repeatedly demanding that Ms. Rogach pay the invoice,” wrote Regehr.

Someone in a situation similar to Rogach could still be found liable, noted Regehr. The fact that Rogach did not sign the SWA does not in itself mean she is not bound by the terms of the SWA.

“The law of agency applies when one party (the principal) gives authority to another party (the agent) to enter into contracts with third parties on its behalf. While Servicemaster does not use this language, in effect, it is arguing that Ms. Rogach’s friend agreed to the SWA on Ms. Rogach’s behalf as her agent.”

But if Servicemaster wanted Rogach to be bound by the terms of an SWA signed by her friend, Servicemaster would have to prove to the CRT that the friend has the “ostensible authority” to act on Rogach’s behalf, wrote Regehr.

“There is no evidence that Ms. Rogach explicitly told Servicemaster that her friend could sign the SWA on her behalf,” wrote Regehr.