VANCOUVER – Powerful winds are set to sweep British Columbia on Friday with gusts of up to 100 kilometres an hour in some areas.

The national weather agency says it expects strong winds that may cause damage to buildings, such as damage to roof shingles and windows. 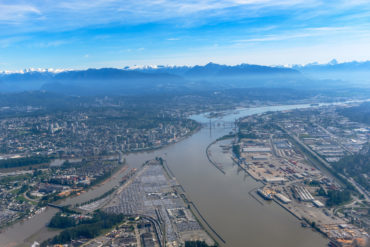 It says powerful winds of up to 100 kilometres an hour will hit Fraser Valley in the evening and diminish after midnight.

The weather prompted BC Ferries to cancel several mid-day sailings on major routes that take passengers from the Vancouver area to the Nanaimo and Victoria areas.

Environment Canada also says a very intense cold front will move across the southwest Interior Friday evening with winds as high as 90 kilometres an hour.

Strong winds are also expected to develop in the central Interior late this afternoon with gusts up to 80 kilometres an hour in Prince George.