There’s UBI for auto, could it work for home?

If the more you drive means the likelier you are to have an auto claim, the same thinking could apply to home insurance claims, as people adhere to shelter-in-place guidelines during the COVID-19 pandemic, says a risk expert.

If people are at home more than they used to, and they are using their appliances and infrastructure more frequently, it’s reasonable that the likelihood of a claim could increase. One way to find out could be through smart home technology and usage-based insurance (UBI), suggested Dan Davis, director of IoT and emerging markets with LexisNexis Risk Solutions.

Many are staying home more than they used to before the pandemic. One on hand, this could reduce theft claims as occupied homes would deter criminals. On the other, “we’re starting to see the claims impact of a fully and constantly occupied home,” Davis wrote on the LexisNexis Insurance Insights blog. “Every stovetop, water pipe and door hinge is on full tilt when a home is fully occupied all day, every day. So it stands to reason that certain claims will naturally trend higher than others in those times.”

Ontario’s fire marshal reported fire-related deaths were up 65% from last year between Jan. 1 and May 4. Fire chiefs in the province reported a jump in residential fires as well. A leading cause of house fires was blamed on unattended cooking; with restaurants closed to dine-in customers, officials believe people are cooking more at home during the pandemic and walking away while food was on the stove. People were also said to be trying to sterilize face masks in the microwave, leading to potential fires.

Even when things go back to somewhat normal, how could risk change? Take the example of Mom and Dad working from home and their kids are at school or otherwise out of the house. What happens when a home is partially occupied? Should the same frequency and severity of claims be expected? Does it matter if a home is fully occupied, completely vacant, or somewhere in between? 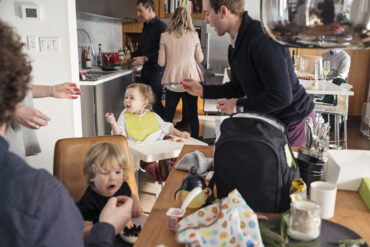 “If we operate on the notion that degrees of occupancy affect degrees of risk, then we should ask ourselves what role could UBI play in home insurance, and where do we begin?” Davis wrote. “The answer might just lie in smart home technology.”

A fall 2019 survey by e-commerce company Rakuten.ca found that about 27% of Canadians (more than 10 million people) own at least one piece of smart home technology, and 78% of them said they planned to buy more it in the next year.

Smart home technology includes thermostats, motion sensors, water systems, smoke detectors, doors locks, appliances and more — all of which can be controlled and monitored via an app on a mobile device. These items could offer insight into how homes are occupied.

“Operating on the premise that occupancy impacts loss costs, will recent events spawn additional smart home insurance programs, in the same way that they might enhance participation in usage-based auto insurance?” Davis asked.

A LexisNexis consumer study found that 78% of smart home device owners are open to sharing their data with their insurers.

He suggested that insurers should think about UBI in the home context. Drivers who use their cars less can save money, and the same could apply to homeowners. UBI could be part of the risk assessment.

“That may mean insurers should begin collecting self-reported adoption and utilization stats in their underwriting routines,” Davis wrote.

Self-reporting is not without its issues. But it could uncover data points to create a business case. “Or if you’re farther down the path in your smart home strategy, then maybe now is the time to take your trial to the next level and engage with a data partner to help understand what that smart home data is saying about loss trends on your book of business,” he added.

1 Comment » for There’s UBI for auto, could it work for home?