“As far as I’m concerned, the rainfall yesterday was a non-event from an insurance perspective,” Glenn McGillivray, managing director of the Institute for Catastrophic Loss Reduction (ICLR), said Tuesday in an interview. “There will likely be isolated claims here and there, but it won’t be a cat.” 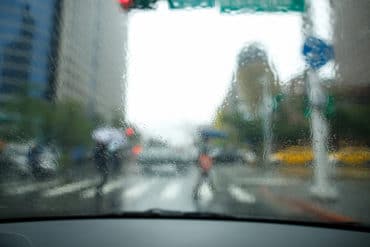 Claims adjuster Crawford and Company (Canada) agreed, saying “it did not seem to be a significant claim event on our end.”

Environment Canada reported total rainfall on Monday of 26.2 millimetres. That contrasts with another storm on Aug. 7, when 72 mm of rain fell over Toronto, including 51 mm in just one hour. The Insurance Bureau of Canada (IBC) reported last week the rainfall caused extensive flooding across western and central parts of the city, and resulted in over $80 million in insured damage.

“The storms of Aug. 7 and 17 saw large amounts of rain in short timeframes – one or two hours. Yesterday’s rain was a fairly steady soaking rain that fell over many hours,” McGillivray said Tuesday. Environment Canada reported 14.6 mm of rain fell Aug. 17.

Kumar Sivakumaran, vice president of national operations with adjusting firm ClaimsPro, told Canadian Underwriter Wednesday the weather system on Sept. 10 was much different than the Aug. 7 rain storm. “We didn’t see too many claims from this rainstorm as the ‘downpour’ wasn’t strong enough to lift shingles, or create huge sewer backup,” he said. “We were lucky that it was a soft rain that didn’t cause significant damages for property owners. It’s not about how long it rains, rather how hard it rains… you can have a downpour for 10 minutes, which could cause significant damage.”

The Aug. 7 storm resulted in flooding at Toronto’s City Hall, in the Scotiabank Arena during a concert, in parts of the Toronto Transit Commission’s Union Station and in the Rogers Centre parking garage. There was also water seepage through the Rogers Centre roof during a baseball game. Many underground parking garages flooding, and there were numerous reports of submerged vehicles, basement flooding and sewer backups.

Not including the storms on Aug. 17 and Sept. 10, severe weather in Ontario alone has already caused almost $1 billion in insured damage, IBC reported last Friday. The most expensive event so far this year was a wind and rain storm that struck Hamilton and the Greater Toronto Area in early May, causing more than $500 million in insured damage.

More News
Related
Will Ottawa-Gatineau insured losses set a record for tornado damage?
Insurers consider weekend storm in Ontario Cat event
What insurers paid out for the latest Ontario storm
How much this province’s “historic” flooding will cost the industry