SWIFT CURRENT, Sask. – People in a small southwestern Saskatchewan city are cleaning up after a sudden dump of rain caused parts of the downtown to be flooded.

It’s been dry in Swift Current for months, but that all changed when the skies opened up on Tuesday afternoon.

Everett Hindley, the legislature member for the area, says the rain came down hard and heavy and lasted for more than an hour. 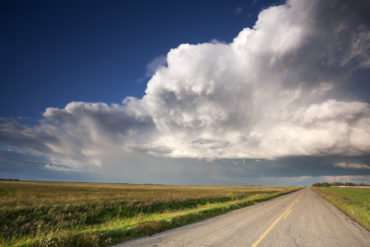 Resident Yvonne Haubrich says the water in some places was up to people’s waists and her car was flooded.

Swift Current Mayor Denis Perrault says the rain was localized and some people a few kilometres north of the city didn’t see a drop.

Perrault says flooding was mostly in the downtown area and there was some damage to buildings,but it is too early to say how much.

“Our storm sewers definitely were taxed to the limit,” Perrault told radio station CJME. “I don’t think there’s a storm sewer built that can handle that much rain in such a short period of time.”

Environment Canada estimates the city got 50 millimetres of rain in the short deluge.

And that might not be the end for Swift Current.

The forecast calls for a chance of thunderstorms Wednesday afternoon and evening.