British Columbia’s Civil Resolution Tribunal (CRT) has dismissed a condo unit owner’s request for $50,000 in punitive damages following sporadic sewer backups over a 20-year period. But the tribunal awarded the owner $3,000 for loss of enjoyment of his unit.

In Soti v. The Owners, Strata Plan VR 643, CRT member Micah Carmody found the strata corporation did not breach its duty to repair and maintain a common property drain pipe that led to sewer backups for the majority of a 20-year period between 2001 and 2020. However, after November 2020, the corporation acted unreasonably by failing to take concrete actions to address the problem.

“The reasonableness of a strata corporation’s repair decisions must be assessed back on what the strata corporation knew when it made the decision, not with the benefit of hindsight,” Carmody wrote in the Jan. 10 decision.

“It is therefore expected that a strata council will hire experts to give advice, make recommendations, and undertake repairs. If those professionals give bad advice or perform substandard work, the strata will not be liable for their negligence as long as it acted reasonably in the circumstances.”

Strata unit owner Vilmos Soti argued it was unreasonable for a sewage backup problem to persist for 20 years, while the corporation contended Soti caused or contributed to some of the issues.

Ultimately, Carmody found “each of the strata’s repair and maintenance decisions along the way must be evaluated based on the information that the strata had at the time.” 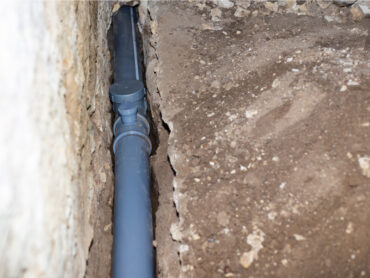 Soti moved into his unit in November 2000. The first sewer backup occurred in 2001, causing the strata corporation to make an insurance claim. There was another backup in 2004, and it’s believed at least one backup occurred between 2004 and 2008.

In August 2008, the corporation hired Keith Plumbing & Heating Co. Ltd. (KPH) to perform a camera inspection of the pipe to identify the source of the problem. KPH recommended annual flushes of the pipe, or more frequently if backups occurred.

There were two confirmed backups in 2009, and KPH flushed the pipe at least annually and sometimes two or three times per year between 2010 and 2015. Despite the semi-regular flushing, there was another ‘devastating’ backup in 2015.

“I accept [Soti’s] unchallenged evidence that the raw human waste and toilet paper was 5 cm thick on his basement floor and took days to clean up,” Carmody wrote.

Around this time, strata council decided to increase the frequency of pipe flushing to four times a year. Soti also developed a system to keep water moving through the pipe and prevent clogs. The system involved running a garden hose in a sink for hours each day, and a monthly high-volume flush from various buckets and containers.

KPH or its successor company Modern Niagara Building Services (MNBS) flushed the pipe three to four times annually beginning in 2017 and there was a ‘relative lull’ in backups until they returned in 2020.

In dismissing the punitive claim, the tribunal pointed to what the strata corporation knew when it decided on maintenance actions.

While Soti argued it was his own efforts that kept the pipes clean, this was not conclusive, Carmody said. “Regardless, there were few or no backups from 2015 until 2020.”

But after November 2020, the strata corporation did not act reasonably, Carmody found. in that year, MNBS advised the corporation that sections of the pipe were sagging and would need to be replaced to solve the problem. “In other words, repeated flushing was no longer a viable approach. Despite this, the strata took no action until May 2021 when it asked MNBS for options to repair the pipe. There were at least two backups in the intervening period.”

The corporation also took two years to “take any concrete steps to fix the pipe,” making it in breach of its maintenance obligations, Carmody said.

But the corporation’s actions did not rise to the level requiring punitive damages, he determined. As well, Soti works from home and has water alarms so he is able to respond quickly to the backups, mitigating his damages.

At the time of the decision, a report from a contractor hired by the corporation proposed two ways to address the issue “and suggests further study may be required to determine the most appropriate course of action.

“However, the strata’s repair and maintenance obligations are ongoing,” Carmody wrote, adding that “nothing in this decision prevents Mr. Soti from bringing another claim seeking an order to repair or replace the pipe.”