Is the cost to repair vehicle brakes covered by an optional Autoplan policy in British Columbia? 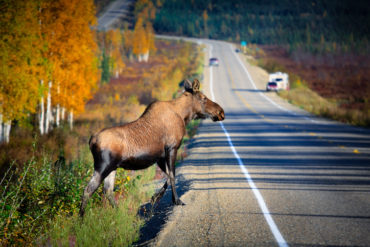 Yes, if the fact situation is similar to a small claims dispute recently heard by the province’s Civil Resolution Tribunal. In Driedger v. ICBC, the tribunal ordered the Insurance Corporation of British Columbia to pay Ronald Driedger $1,768.29 – the estimated cost to repair his brakes – after finding coverage was afforded based on the policy language.

Driedger’s brakes stopped working properly after he hit a moose in August 2018.

The tribunal decision, released last week, centred around section 5.9 of the policy, which state:

[ICBC] is not liable to indemnify any person for loss or damage consisting of mechanical fracture, failure or breakdown of any part of a motor vehicle, or caused by wear and tear, unless the loss or damage is coincidental with other loss or damage for which indemnity is provided.

ICBC said brake repairs are not covered under the policy and asked the tribunal to dismiss the claim. In ruling for Driedger, tribunal member Eric Regehr found the brake issue was a mechanical “breakdown” within s. 5.9 as it includes a mechanical issue with a component that falls short of a total failure.

Regehr also found damage was in “coincident with” the collision, as the “brakes were damaged very close in time to the collision and in the same sequence of events.” He relied on the 2014 Supreme Court of British Columbia decision Dhadwal v. Insurance Corporation of British Columbia, which addressed the term in detail. The BC Supreme Court decision found there does not need to be “a causal relationship between the mechanical fracture, failure or breakdown and the other loss or damage for which indemnity is provided.”

In the late evening of Aug. 3, 2018, Driedger was driving his 2008 Mazda3 near Smithers when he saw a moose on the highway. He slammed on his brakes so hard the brake pedal contacted the floor of the car, but he was unable to fully stop before hitting the moose. He was, however, able to slow down enough that the moose survived and ran off. There was only minor damage to the body of the vehicle and it was driveable, Regehr wrote in the Nov. 26 decision.

The following day, Driedger reported the collision to ICBC and made a claim for the body damage. Over the next two days, Driedger noticed his brakes were “soft,” and he had to pump the brakes repeatedly to stop fully. Even when the vehicle was stopped but in gear, the brakes could not keep the car from creeping forward.

On Aug. 7, 2018, Driedger called ICBC to add damaged brakes to his claim. He later went to an ICBC-accredited repair shop, where the “mechanic there told him that the brakes were good enough for [him] to drive home to Vancouver Island, as long as he exercised caution.” Two weeks later, Driedger attended an ICBC Claims Centre, where the vehicle’s body damage was repaired, but the brake repair claim was denied under s. 5.9 of the policy.

Driedger appealed internally within ICBC. A material damage compliance advisor with the insurer, identified as BD, concluded that “one simple panic stop should under no circumstances result in brake system damage,” and upheld ICBC’s denial. Eventually, the case went to the insurer’s Claims Coverage Committee (CCC), which ruled Apr. 15, 2019 that the brake problem was due to a faulty ABS actuator valve. “The CCC found that this pre-existing defect would have eventually failed under hard braking, even though [Driedger] may not have known about it.”

But Regehr found BD’s own notes indicate he believed ICBC should tell the Driedger that driving a vehicle with a known braking issue could compromise coverage. “This statement suggests that ICBC considered the braking issue to be significant enough that the vehicle should not be driven,” Regehr wrote.

The tribunal member again referred to Dhadwal v. Insurance Corporation of British Columbia, which found “coincident with” means “corresponding or having a close similarity in some manner, such as in space, substance, nature, character, value, or time.” The court also found there does not need to be a causal relationship between the mechanical fracture, failure or breakdown and the other loss or damage for which indemnity is provided.

“Applied to this dispute, I find that there does not need to be a causal link between the hard braking or the collision and the brake problem for the applicant to be covered,” Regehr ruled. “I find that ICBC’s position is essentially that the applicant must prove that the brake problem was caused solely by the collision, which is inconsistent with the reasoning in Dhadwal.”

In this case, the brakes were damaged very close in time to the collision and in the same sequence of events. “Whether there was a pre-existing issue with the brakes, as ICBC alleges, is not relevant, because the brakes did not require repair until after the collision. I find that the brake problems are covered under the policy.”

More News
Related
How this auto client got bus-ted
Did the other driver admit fault? Get it in writing.