Considering your climate risks? The solvency regulator is, too…

Climate change risk is very much on the radar of Canada’s solvency regulator.

Two of them, liability risks and physical risks, affect the P&C insurance industry directly. However, it remains unclear how the “biggest” of the three climate risks – transitioning away from a greenhouse gas-emitting economy — could potentially disrupt the P&C industry, as Rudin pointed out in his speech.

“Let’s turn to liability risk,” Rudin told lawyers attending the conference. “As lawyers, you will have noticed the recent surge in litigation related to climate change. All of the defendants in those suits will have some liability insurance coverage, which means that their insurers are also exposed. The eventual cost of liability claims is often uncertain and cases can take decades to unfold.” 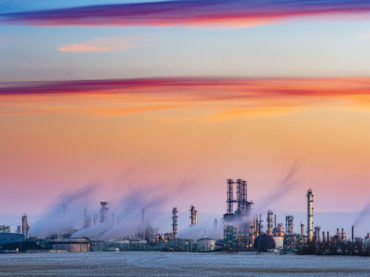 “If successful liability claims related to climate change are comparable to those arising from the mining and use of asbestos, the impact on the insurance industry will be significant, but manageable,” Rudin predicted. “However, we can’t rule out the possibility that the eventual bill for climate-related liability will be much larger.

“So, another one of our tasks is to determine that insurers are managing their exposures to [climate] liability claims so as to limit the potential impact to an amount that the insurer can afford to pay.”

Of course, monitoring physical risks associated with climate change — such as the increased frequency and severity of wildfires, floods, wind events, and rising sea levels — is nothing new for the P&C industry. On this front, Rudin simply cautioned insurers not to get “complacent” about preparing for these risks.

“Canadian insurers already have a great deal of experience with most of these perils,” Rudin said. “Yet neither the insurers nor we at OSFI can afford to be complacent about the possibility that a sudden increase in the frequency or severity of these events would catch one or more insurers unprepared.”

The third type of risk, transitional risk, seems to be the primary focus of OSFI’s attention, although it’s not clear how that would affect the P&C insurance industry directly.

“Transition risk arises from efforts to reduce greenhouse gas emissions rather than from the changing climate itself,” as Rudin explained. “These risks will result principally from the policies that governments have (or will) put in place to reduce emissions. It is also possible that transition risks will arise from changes in investor or consumer sentiment.”

Related: How climate change may heat up your liability lines

Rudin referred to a two-round aspect to transitional risk.

“The first round is the impact of the transition on those industries that will see their activities, and quite possibly their entire business models, strongly and directly disrupted,” he said. “Industries such as fossil fuel production, electricity generation and transportation are likely to be on this list, and there will surely be others.

“The second round of transition risk arises as the decline in profits and employment in the disrupted industries ripples through the broader economy.”

Rudin said not much is yet known about the second-round impact of the transition, since it depends on future policy decisions and yet-to-be-proven technologies. And more information will not likely be known until the transition is actually happening, he added.

“So the prudent thing to do is to prepare for the possibility that the overall economic impact of the transition will be sharply negative, at least for some time,” he said. “As the prudential financial regulator, it’s long been our business to make sure that financial institutions are always prepared to continue functioning through a range of severe yet plausible economic scenarios.

“So we have already done considerable analysis about how a major economic disruption could impact the financial system. Now our task is to evaluate if those preparations are adequate to deal with the potential impact of climate change as well.”

1 Comment » for Considering your climate risks? The solvency regulator is, too…