Environment and Climate Change Canada (ECCC) has released a technical paper outlining a proposed federal carbon pricing option for provinces that choose not to have their own system in place in 2018. 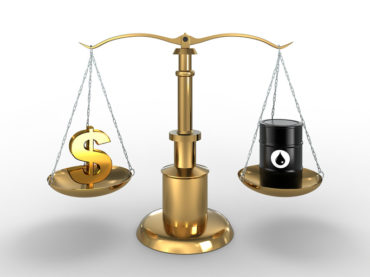 A backgrounder from ECCC referenced the Pan-Canadian approach to pricing carbon pollution issued on Oct. 3, 2016. To be fair and effective, the backgrounder said, carbon pricing systems in Canada need to meet the following criteria:

“Right now, 97 per cent of Canadians live in provinces that already have a price on carbon pollution, or are working towards it,” ECCC said in a statement on Thursday. “Ensuring polluters pay in every province is central to a credible plan to tackle climate change. It reduces pollution and gives the incentive to companies to innovate and create cleaner solutions.”

The statement added that whichever system is implemented – federal or provincial – revenues will remain in the provinces. Revenues from carbon pricing can be used to lower taxes, like in British Columbia, or support low-and middle-income families, like in Alberta. Ontario and Quebec invest their revenues in “innovative green programs that create good jobs,” the statement said. For the federal option, the government is evaluating how best to return the revenues, for example, by giving it back to individuals and businesses in the province.

Comments on the proposed federal option are welcome until June 30 at Carbonpricing-tarificationcarbone@canada.ca. These comments will help to inform the legislation and the design of the final carbon pricing system.

“Canadians know that polluting isn’t free,” said Catherine McKenna, Canada’s Minister of Environment and Climate Change, in the statement. “We know that it causes droughts, floods and extreme weather events, and affects our health. So it’s only fair that polluters pay, and that there is a price on pollution across Canada. This will reduce pollution, create incentives for companies to innovate and develop clean solutions, and provide certainty to businesses that we are moving to a clean-growth economy.”

All provinces and territories but two signed on the Pan-Canadian Framework on Clean Growth and Climate Change in December 2016. Pricing carbon pollution, along with investments in green infrastructure, innovation and better regulations, will allow Canada to meet its target of reducing emissions to below 2005 levels by 2030.