Canadian P&C insurers believe they are starting to make headway with national and provincial governments on the climate change adaptation file. This has put the industry in the thick of a relatively new political dialogue about re-locating Canadians who live in high-risk flood plain areas. 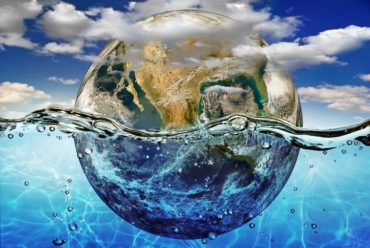 Silvy Wright, president and CEO of Northbridge Financial Corporation, has just become chairwoman of Insurance Bureau of Canada (IBC), a national trade association representing Canada’s private home, auto and business insurers. In a wide-ranging discussion about IBC’s priorities during her upcoming term, Wright noted that the P&C insurance industry will continue to support the work of national, provincial and territorial governments in advancing the cause of climate adaptation.

“Climate change is a societal challenge, not just an industry challenge,” Wright said. “IBC is focused on working with the government to drive increased investment in climate change resilience. That includes developing a national flood plan.”

Working on the flood plan is at the centre of identifying areas in Canada at high risk of flooding. Wright said four key points have emerged from discussions with governments and other stakeholders about updating the plan.

“We have to begin raising awareness about high-risk areas,” Wright told Canadian Underwriter. “We believe we still have consumers who are not aware of that risk and, unfortunately, are left in dire situations when a catastrophe event [like a flood] occurs.

“Second, we have to deal with re-location of property in high-risk areas. This isn’t just the insurance industry; we are working with governments to support that.

“The third key item would be to advocate for a moratorium on new buildings in flood plains.

“And of course, investing on needed infrastructure. Using our [P&C industry] data and our mapping gives governments the data intelligence to make proper decisions and help consumers manage their risk.”

IBC president and CEO Don Forgeron says governments now see the P&C industry in a leadership role when it comes to adaptation to climate change. He noted that the industry has been talking about climate change for 30 to 40 years, but the issue has become prominent over the last decade.

Severe weather has caused almost $1-billion worth of insured catastrophe losses annually for most of the past 10 years. This year, as Wright noted, the industry has paid out $600 million for damage losses due to severe weather – and there has not been a single major catastrophe yet this year.

The industry is continuing to find success working with governments to improve the country’s flood maps, Forgeron said. Such maps are important for showing which Canadian areas and properties are at high risk of flood. That in turn allows Canadians living in high-risk flood areas to protect themselves — or even move out.

Flood maps are at the root of a new political dialogue – echoed within the insurance industry – about whether damaged property in flood zones should be rebuilt in the same high-risk areas, or simply re-located into to a lower-risk area.

“[Re-location] is a new concept in Canada,” Forgeron said in a conference call with Wright. “At other times, it was about rebuilding everybody in the same flood plain, where they’ve been flooded in three out of the last four years. Now we are talking about actually moving them out of there. I think that’s an indication of how serious the issue has become.”