How climate change may heat up your liability lines

Look for climate change to heat up Canada’s liability lines over the next 10 years, as lawsuits begin to fly against the alleged corporate perpetrators of greenhouse gas emissions. 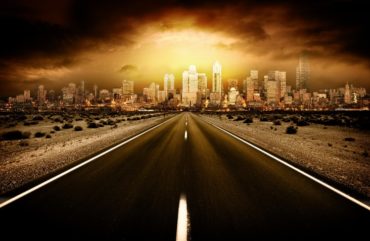 Climate liability is an emerging risk for Canadian property and casualty insurers, according to the Insurance Institute of Canada’s latest research report, Climate Risks: Implications for the Insurance Industry in Canada. As defined in the report, it refers to “the impacts that could arise tomorrow if parties who have suffered loss or damage from the effect of climate change seek compensation from those they hold responsible. Such claims could come decades in the future, but have the potential to hit carbon extractors and emitters—and, if they have liability cover, their insurers—the hardest.”

The insurance industry is exposed to climate liability risk through the coverage it provides. “The intention of insurance companies is that a finding of policyholder liability for the consequences of past emissions is not covered by insurance — that is, the potential liability of the emitter was not transferred to their insurer,” the report states. “The industry has been working for many years to state this clearly in policy wordings.

“This coverage will likely be tested in the courts, however, particularly by the major energy producers that are likely to be subject to repeated legal action. Insurers may be challenged when they refuse to defend policyholders.”

Toronto, Vancouver, Victoria, and a number of other communities in Canada are considering legal action against major emitters of greenhouse gasses, the report notes. Victoria representatives cited in the report say they will have to rebuild seawalls on their waterfront in several sections, and are seeking legal advice on whether they can recover these costs from the larger emitters. One city councillor cited in the report proposed a class-action lawsuit against the 20-largest fossil fuel companies.

Major emitters of greenhouse gas emissions have never been found liable for the impacts of severe weather and climate change, as the report notes. But new information has recently been included in legal actions that draws on emerging techniques to measure a company’s historic emissions. New data are now being used to target large emitters in the courts.

Professional liability lines — in particular, directors’ and officers’ (D&O) insurance — may come under increasing exposure over the next 10 years, as corporate boards begin to state how climate risk may affect their bottom lines and shareholder value.

“Board members and officers of companies may be found liable if they fail to address and disclose material climate risks,” the report states. “Publicly traded companies must report material information in continuous disclosure documents. This includes risks that may impact the decision of a reasonable investor to buy, hold, or sell their interest in the company. This includes physical and transitional climate risks.”

A 2018 study by the Canadian Professional Accountants of Canada found that almost half (47%) of participating public companies in Canada disclosed that climate or weather could have a material impact on their operations, the Insurance Institute’s report states. “But none included any information about the nature of the risk or an estimate of the possible consequences.”

Regulators, aware that many investors and regulators are not satisfied with the current state of climate disclosure, are requesting increased disclosure and providing further guidance.

Overall, it remains to be seen whether climate risk will represent the next asbestos or tobacco liability risk for the property and casualty insurance industry, the Institute’s report concludes.

“[Climate-related] legal actions increased in the United States over the past 10 years and may begin to emerge in Canada. The insurance industry learned from liability costs incurred by the tobacco and asbestos industries and has been working to ensure that any finding of liability for major emitters will not transfer to the insurance industry.”