The Insurance Bureau of Canada (IBC) has applauded the Government of Canada’s pan-Canadian approach to pricing carbon pollution. 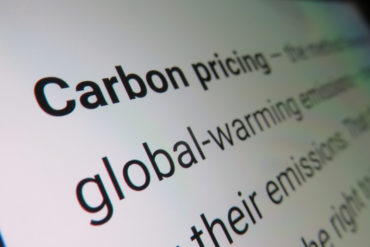 “IBC congratulates the government on today’s carbon pricing announcement,” IBC president and CEO Don Forgeron said in a statement on Monday. “Severe weather is already costing Canadian taxpayers hundreds of millions of dollars annually. This is an ambitious approach that takes the first steps in limiting future damage.”

On Monday, Prime Minister Justin Trudeau pre-empted climate change negotiations with Canada’s premiers, announcing that the federal government will impose a pan-Canadian “floor price on carbon pollution.” Trudeau revealed his plan to reduce greenhouse gas emissions, starting in 2018 with a carbon price of $10 per tonne that would rise by $10 per tonne each year until it reaches $50 per tonne in 2022.

The Associated Press reported that he gave the provinces just two options for implementing that price: either impose their own direct price on carbon that meets or exceeds the national floor price, as British Columbia has already done, or set up a cap and trade system, such as Ontario and Quebec are developing.

“There is no hiding from climate change,” he said. “It is real and it is everywhere.”

Trudeau’s decision to announce the pricing as the meeting was being held in Montreal prompted walk outs by environment ministers from Newfoundland and Labrador, Nova Scotia and Saskatchewan, the Associated Press reported.

In addition to the pan-Canadian approach, Forgeron said in the release that he also supported the government’s plans to “fund strong resilient infrastructure and implement adaptation strategies which address the real, immediate effects of climate change.”

“Climate change has brought more rain and snow, more storms, and more flooding to almost every part of the country,” IBC said in the release. “The frequency and severity of these natural disasters are having a significant impact on Canadians. Canada must build a culture of disaster risk reduction that resonates with consumers and engages all levels of government, businesses, and institutions.”

“Climate change is affecting our country both environmentally and economically,” Forgeron added. “We will continue to work with the federal government in the areas of mitigation, adaptation, and emergency management – all of which form the basis of a comprehensive climate strategy.”