SAN FRANCISCO – Volkswagen and attorneys for vehicle owners affected by the company’s emissions cheating scandal are on target to meet a June deadline for a final settlement proposal, a federal judge said Tuesday.

Senior U.S. District Court Judge Charles Breyer said the parties have made substantial progress in reaching a deal for nearly half a million polluting Volkswagens in the U.S. 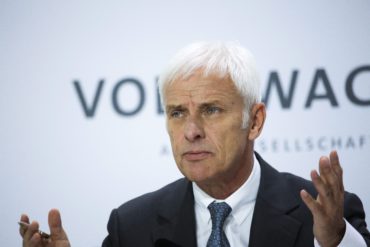 Volkswagen CEO Matthias Mueller attends the company’s annual press conference in Wolfsburg, Germany, Thursday, April 28, 2016. Mueller sketched out a wide-ranging transformation of the company that will see it focus more on electric vehicles and services like car-sharing as it seeks to get past its scandal over cheating on diesel emissions tests. (AP Photo/Markus Schreiber)

Breyer announced a tentative agreement last month that would give owners the option of having Volkswagen buy back or repair their vehicles.

The judge did not provide any additional details about the ongoing talks.

Related: Expanding investigation of VW by US states could take years, result in costly settlement

The scandal erupted in September when it was learned that the German automaker had fitted many of its cars with software to fool emissions tests and had put dirty vehicles on the road. Car owners and the Justice Department sued.

VW, the U.S. Department of Justice and attorneys for Volkswagen owners have until June 21 to file a final settlement with the court.

Many questions remain unanswered, including how much money owners can expect in a buyback and how much additional compensation beyond repairs and buybacks they’ll receive.

Breyer has the authority to reject any final deal that the parties propose.

Breyer said engineering studies and testing of those vehicles were ongoing. The tentative deal also did not cover potential fines and penalties.

Volkswagen said in a statement after the hearing that it was pleased that it continued to make progress in settlement talks, and it thanked U.S. customers for their continued patience.