Insurance Bureau of Canada (IBC) has voiced the property and casualty industry’s strong support for the federal government’s move to beef up investments aimed at enhancing resilience by better disaster-proofing communities. 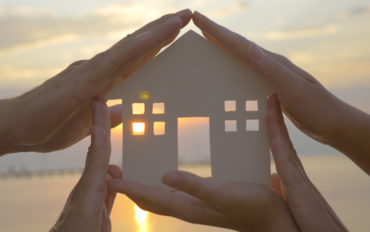 As part of the 2017 Federal Budget tabled Wednesday, IBC reports Ottawa has committed to a significant expansion of disaster mitigation financing, calling it as the most significant disaster-proofing investments in the country’s history.

Specifically, the budget commitment includes $2 billion to be “set aside for a Disaster Mitigation and Adaptation Fund to support the national, provincial and municipal infrastructure required to deal with climate change,” the IBC statement notes.

The newly developed, cost-shared fund will be for “built and natural, large-scale infrastructure projects supporting mitigation of natural disasters and extreme weather events and climate resilience,” the budget states.

The federal government seems to also be looking forward with its announcement that $182 million from the Green infrastructure Fund will be put towards implementing “new building codes to focus on climate resilience,” IBC points out.

The budget states the money will be earmarked for developing and implementing new building codes “to retrofit existing buildings and build new net-zero energy consumption buildings across Canada.”

The Institute for Catastrophic Loss Reduction (ICLR) “has been recognized as one of only 12 International Centres of Excellence (ICoE) under the Integrated Research on Disaster Risk (IRDR) program sponsored by the International Council for Science,” notes an ICLR statement. Its ICoE concentrates on disaster resilient homes, buildings and public infrastructure.

Further, Environment and Climate Change Canada will administer and invest $73.5 million over five years to launch a new Canadian Centre for Climate Services (CCCS) to support climate adaptation decision-making across the country.

The budget proposes funding for that initiative start in 2017-2017, thereby allowing “Environment and Climate Change Canada and Natural Resources Canada to establish the centre and build regional adaptation capacity and expertise.”

“The centres will work with provincial, territorial, Indigenous and other partners to make it easier for governments, communities, decision-makers, businesses and organizations to access data and information on climate science, and help support climate adaptation decision-making across the country,” it adds.

Last, IBC reports that Transport Canada will invest $16.4 million to ensure the country’s “federally managed transportation infrastructure is able to withstand the effects of natural disasters.”

The funding – over five years starting in 2017-2018 – will be used to undertake risk assessments on federal transportation infrastructure assets, the budget notes.

It will allow “Transport Canada to ensure that Canada’s federally managed roads, bridges, rail systems and ports are able to withstand the effects of natural disasters, climate change and extreme weather events,” it points out. 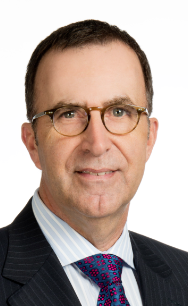 “The infrastructure initiatives announced in the budget include tangible measures to identify at-risk federal infrastructure, elevate building codes and invest significantly in mitigating climate risk across this country,” IBC president and CEO Don Forgeron (pictured right) says in a statement.

Long identified as necessary by p&c insurers, a comprehensive climate strategy that includes measures for adaptation and mitigation is welcomed, Forgeron says. “By investing in strong infrastructure and resiliency now, the government is helping to mitigate the economic and physical impacts of future severe weather events.”

The budget reports that Ottawa announced, in its 2016 Fall Economic Statement, plans to establish a new Canada Infrastructure Bank, an arm’s-length organization that will work with provincial, territorial, municipal, Indigenous and private sector investment partners to transform how infrastructure is planned, funded and delivered in Canada.

The bank “will be responsible for investing at least $35 billion over 11 years, using loans, loan guarantees and equity investments. These investments will be made strategically, with a focus on large, transformative projects such as regional transit plans, transportation networks and electricity grid interconnections,” it adds.

The Federation of Canadian Municipalities (FCM) calls the federal budget a game-changer for municipalities, reporting it will “empower local governments to drive significant economic growth.”

The budget “is a game-changer because of the tools it gives municipalities to drive growth and a higher quality of life for Canadians,” FCM president Clark Somerville says in a statement.

Among other things, FCM points to the support for local green innovation.

“This budget prioritizes climate change, and municipalities will be looking to ensure that investment will be directed toward local projects – to reduce climate-changing emissions, to adapt communities to new weather extremes, and to support other environmental priorities,” the statement notes.

“Budget 2017 is about jobs. It’s about creating good middle class jobs today, while preparing Canadians for the jobs of tomorrow,” Morneau says in a statement from the Department of Finance.

“The next step in our plan for Canada’s economy is making the smart, responsible investments we need to be innovative and competitive, while improving the health of our communities, ensuring a better future for our kids and grandkids,” he adds.

Related: Research on earthquakes, tsunamis and climate change to benefit from federal investment of $46.6 million to Ocean Networks Canada