Coastal flooding is expected to increase in many areas of Canada, bringing with it increased risk of damage to coastal infrastructure, according to a report released Tuesday by the federal government.

“Local sea level is projected to rise, and increase flooding, along most of the Atlantic and Pacific coasts of Canada and the Beaufort coast in the Arctic where the land is subsiding or slowly uplifting,” said Canada’s Changing Climate Report. “The loss of sea ice in Arctic and Atlantic Canada further increases the damage to coastal infrastructure and ecosystem as a result of larger storm surges and waves. 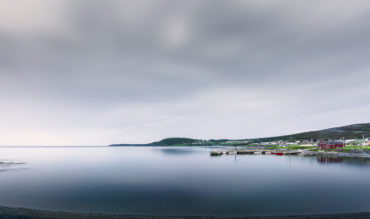 “The property and casualty insurance industry continues to see the devastating effects of this new era of an unpredictable, changing climate,” commented Don Forgeron, president and CEO of the Insurance Bureau of Canada (IBC), in a press release Tuesday.

The report found a warmer climate will intensify some weather extremes in the future. Extreme hot temperatures will become more frequent and more intense, increasing the severity of heatwaves, and contribute to increased drought and wildfire risks.

While inland flooding results from multiple factors, more intense rainfalls will increase urban flood risks, the report said. The report’s authors were uncertain how warmer temperatures and smaller snowpacks may combine to affect the frequency and magnitude of snowmelt-related flooding.

Precipitation is projected to increase for most of Canada, on average, although summer rainfall may decrease in some areas, the report said. In general, there has been a shift toward less snowfall and more rainfall.

“With medium confidence, observations indicate that Canada’s annual precipitation has increased in all regions since 1948, with relatively larger percentage increases in northern Canada and parts of Manitoba, Ontario, northern Quebec, and Atlantic Canada,” the report said. “Observations also indicate with medium confidence that seasonal snow accumulation has declined over the period of record (1981-2015) on a country-wide basis.”

Last year, insured damage from severe weather across Canada reached nearly $2 billion, the fourth-highest amount of losses on record. “However, unlike the 1998 Quebec ice storm, the 2013 Calgary floods or the 2016 Fort McMurray wildfire, no single event caused the high amount paid out for losses in 2018,” Forgeron said. “Instead, Canadians and their insurers experienced significant losses from a host of smaller severe weather events from coast to coast.”

Laura Twidle, director of catastrophic loss analysis with Catastrophe Indices and Quantification Inc. (CatIQ), told Canadian Underwriter late last month that the number of catastrophe events is well above normal for the first quarter – five events so far compared to the normal one. CatIQ reported Mar. 25 that a severe winter storm that struck southern Ontario on Feb. 24 and 25 with damaging wind gusts, freezing rain and blizzard conditions, caused over $48 million in insured damage. In 2018, insured losses from severe weather reached $1.3 billion in Ontario.

Forgeron told attendees to Swiss Re’s Canadian Annual Outlook Breakfast Tuesday that the industry is making progress on getting a national flood insurance program, but a key challenge is getting all provinces, territories and the federal government to agree on how it should work. While he did not go so far as to recommend that Canada put something similar to Flood Re in place – put in place by the British government in 2016 – he said it is “probably the closest to a functional model we have been able to find.”