“We have seen a lot of insurance companies, over the last four or five years, adopt coal policies and get out of insuring coal mines,” said Sven Biggs, Vancouver-based climate and energy campaigner for Stand.earth. The oil sands, Biggs said, “is kind of the next front in that.”

Stand.earth. is lobbying insurers to stop covering certain risks that it says are contributing to greenhouse gas emissions, and the message from groups like Stand.earth is resonating. 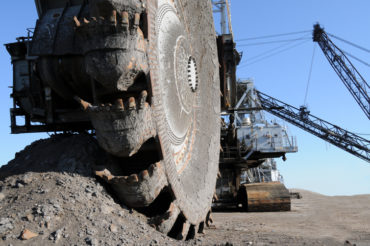 It’s part of a movement by some insurers to restrict underwriting risks such as coal power plants and oil sands.

A memo recently obtained by Canadian underwriter indicates Munich Re plans to stop underwriting both primary insurance and facultative reinsurance for the construction of new oil sand sites. The authenticity of the document – purported to be a CrossLine Alert issued for internal users only – has not been either confirmed or denied by Munich Re, the biggest P&C reinsurer in the world.

Biggs is optimistic there will be more insurance companies that decide to stop underwriting oil sands risks, he told Canadian Underwriter in a recent interview.

Reuters reported this past August that a coalition of 32 groups wrote to insurers urging them to stop underwriting the Trans Mountain pipeline, which carries oil from Alberta to British Columbia. This is intended to pressure the federal government to cancel its plan to expand the pipeline.

Munich Re was among the recipients of the letter, Biggs said.

“They responded in an email saying they were developing a tar sands policy and we have yet to see any documents on that,” Biggs said of Munich Re.

The document obtained by Canadian Underwriter pertains to oil sands sites and their infrastructure but not to the oil produced at those sites. If renewal negotiations have already started, the alert does not apply if the duration will not be longer than one year and provided Munich Re has already committed itself to provide coverage, according to the document.

It defines oil sands site as one where oil sands are exploited in open pit mining or steam-assisted, or at a site where oil is extracted from the oil sands.

What Munich Re is saying publicly is that it supports the goal of the United Nations Framework Convention on Climate Change, also known as the Paris agreement. The Canadian government – which ratified the Paris agreement in 2016 – says the aim is to limit the global average temperature rise (compared to pre-industrial levels) to 2 degrees Celsius.

Canada’s aim in ratifying Paris would be frustrated if the Trans Mountain pipeline is expanded, Stand.earth contends. The aim of the expansion project is to allow an additional 590,000 barrels of crude oil per day to be pumped to the Pacific coast and loaded on to ships.

Stand.earth has offices in Vancouver, San Francisco and Bellingham, Wash., on the Pacific coast about 30 km south of the Canadian border.

“There are a bunch of corporations like Munich Re and Zurich who have committed to helping to keep the world on a two-degree path which is the goal of Paris, so that’s why we think these companies are responding the way they are to our campaign,” said Biggs.

Zurich announced this past June it plans to speak with customers with exposures of more than 30% to thermal coal, oil shales and oil sands. Zurich said at the time it has “pledged” – depending on the outcomes of those conversations with customers – to stop underwriting companies that generate at least 30% of their revenue directly from the extraction of oil from oil sands.