If your client is in the food production or distribution field, you might want to consider the impact of extreme weather. 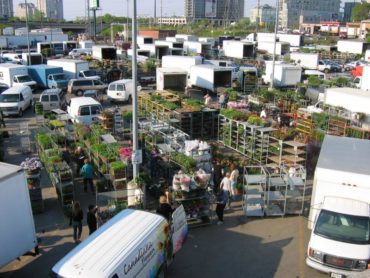 The Toronto area “will experience more severe/extreme weather in future due to climate change,” Dr. de Villa wrote in her memo.

The resilient food systems report – authored by Kimberly Zeuli, Austin Nijhuis and Zachary Gerson-Nieder – was prepared for Toronto Public Health (TPH) by the Initiative for a Competitive Inner City and Meister Consultants Group.

“Restaurants may not have the financial resources or insurance to prepare for an extreme weather event,” the authors noted. In addition to restaurants, the researchers analyzed several sectors including food processing (companies whose operations include cleaning and packaging food) and retail (including supermarkets). They also analyzed Toronto’s road network, electrical power and telecommunications infrastructure.

One “significant vulnerability” in Toronto is the Ontario Food Terminal, a 40-acre facility run by the provincial department of agriculture, food and rural affairs.

Situated near the mouth of the Humber River, the food terminal is the third-largest such facility in North America. Its buyers include fruit and vegetable stores, restaurants, florists/landscapers, food service companies and conveniences stores, according to the report.

The Ontario Food Terminal’s location – near the shore of Lake Ontario – makes it “vulnerable to riverine flooding from extreme rainfalls,” according to the report.

The terminal has only one electrical transformer on site, with no “redundancy,” making it a “potential single point of failure,” the report warns.

“The Ontario Food Terminal poses the greatest single point of fresh fruit, vegetables and produce distribution vulnerability for the city because of the concentration of wholesalers in a single location and its relative importance to the city’s smaller food retailers and restaurants,” the authors wrote. “This market also plays a significant role in fresh produce distribution across Canada. If the Food Terminal was closed or had limited operations for an extended period, the small businesses would have difficulty finding alternative sources of fresh produce and the price of produce would increase for all food businesses.”

1 Comment » for One Ontario industry vulnerable to weather extremes