TORONTO – The Ontario Chamber of Commerce is urging the provincial government to delay the implementation of its cap-and-trade plan for one year, saying key questions remain unanswered.

The plan to reduce greenhouse gas emissions is set to take effect next year, but Ontario’s Liberal government has not released an analysis of the economic impact of cap and trade, and businesses are still seeking details on how the revenue will be invested and administered, said the chamber’s president and chief executive officer, Allan O’Dette.

“The purpose for our calling for us to slow down before we hurry up here is to make sure we understand fully the unintended consequence or at least the cost-benefit analysis, and that … we answer some of the questions that remain outstanding from the business community,” he said. 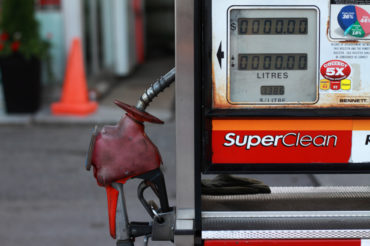 O’Dette and the chamber are sending a letter Thursday to Environment Minister Glen Murray seeking clarity on several points, and asking him to delay the implementation, as the government did with the Ontario Retirement Pension Plan.

“We are supportive of this climate change initiative, we just need to be mindful of what it’s going to actually take to implement,” O’Dette said.

The enabling legislation is expected to pass soon, with a third reading debate held on it Wednesday afternoon.

Under cap and trade, industries are given specific pollution limits, but can sell their emission allowances to other companies if they come in below their annual limit, or buy credits if they exceed it.

The carbon pricing scheme is a key part of the Liberal government’s overall climate strategy, which the energy minister said was presented to cabinet Wednesday and “ended with 100 per cent consensus.”

It will be released in the coming weeks, and Murray said every question that O’Dette raises in his letter will be answered by that strategy, including the economic impacts of cap and trade and how businesses will buy and sell credits.

“We have a joint procurement right now with Quebec setting a Quebec-Ontario offset protocol, of which Mr. O’Dette and others will be very involved in writing,” Murray said.

But according to the minister, businesses don’t want the implementation to be delayed.

“They’re saying, ‘Get out there and get this done,’ because everyone knows that the people who wait five, 10, 15 years to get into carbon pricing are going to come in at the end when the carbon price is very high,” Murray said.

The province plans to link its carbon trade system with ones in California and Quebec, and estimates the plan could bring in $1.9 billion next year in revenue, which the government has said it will reinvest in green projects.

The chamber of commerce said it’s not yet clear how that fund will be administered.

“Who will be eligible to receive this money? How could a business with a plan to reduce its carbon footprint access these funds? Which principles and criteria will be applied to evaluate and compare project proposals? How long will the application process take?” the chamber wrote in its letter.

Cap and trade is expected to increase the price of gas and homeowners’ natural gas bills, but gives some of the biggest polluters a four-year “holiday.” Murray has said that will allow certain industries to continue competing with jurisdictions that don’t have a carbon pricing system.

Emission allowances will be capped at roughly 142 metric tonnes per year in 2017, and that cap is expected to decline 4.17 per cent each year to 2020, when the Liberals hope to have achieved a 15-per-cent reduction in greenhouse gas emissions over 1990 levels.