These risks call for better models

The risk from climate change “will be pervasive and have a massive impact and it’s something that we don’t know how to model,” said Sonia Baxendale, president and CEO of the Global Risk Institute.

There is an increasing awareness of climate and environmental risks among businesses, Baxendale suggested May 14 during a panel discussion at the Payments Canada Summit. 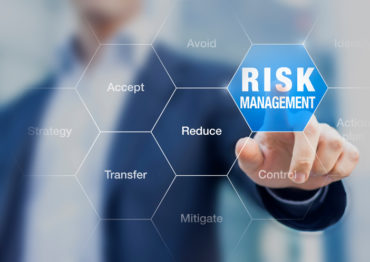 “But I think that is probably being underestimated by everyone in terms of the impact that it’s going to ultimately have on business decision-making – right from lending decisions to investment decision and the kinds of companies that you choose to invest in.”

Baxendale was responding to an audience question about whether there are any risks we tend to underestimate.

Climate change risk is also on the Bank of Canada’s radar. In its financial system health report released May 16, the central bank said the range of possible outcomes of climate change is large, the Canadian Press reported.

Climate-change risks include the consequences of extreme weather events, such as flooding, hurricanes and severe droughts, CP reported.

“These are good emerging risks to bring up for discussion to start addressing potential mitigation strategies,” she said. For leaders and risk management practitioners, geopolitical risk is difficult to measure, added Barnowski.

“In the whole area of modelling, we are going to have to see some significant evolution in that space,” Baxendale said of environmental, climate and geopolitical risks. “They are very difficult to assess, measure and plan for but many are trying to figure out exactly how to do that.”

In its separately-released political risk map, Aon plc said protectionism is a key source of risk in 2019, with consequences on both overall economic growth and individual supply chains.

On May 10, United States president Donald Trump imposed an increase – to 25% from 10% – on tariffs on thousands of Chinese-made products, the Associated Press reported.

AP reported May 17 that U.S. tariffs on Canadian and Mexican metals are being repealed.

The Payments Canada Summit was held May 14 through 16 in Toronto by Payments Canada, which helps clear and settle cheques, debit card payments and direct deposits for dozens of financial institutions.