Large losses will become larger, and the average annual severe weather claims paid by insurers in Canada could more than double over the next 10 years, according to a new report from the Insurance Institute of Canada.

Since 2013, severe weather damage claims have averaged $2.1 billion a year, based on data from Catastrophe Indices and Quantification Inc. (CatIQ). That is expected to increase to $5 billion a year in 10 years, and must be accompanied by an increase in premium income, wrote report author Paul Kovacs, senior researcher with the Institute and founder and executive director of the Institute for Catastrophic Loss Reduction. 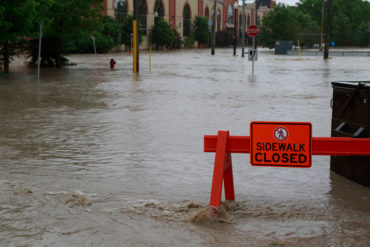 “Preparedness involves pricing that ensures confidence that funds are available to pay claims, to support the operational capacity needed to serve consumers that experience a loss, and more,” Kovacs wrote. “Climate risks will account for most of the value and volume of property claims. Importantly, management of climate risks will increasingly define the relationship between the insurance industry and consumers.”

Between the early 1980s and 2019, Canadian insurers successfully adapted to a twenty-fold increase in severe weather damage claims, with claims paid doubling every five to 10 years, said the report, Climate Risks: Implications for the Insurance Industry in Canada. “The insurance industry is well-positioned to build on its recent success, but the path forward will be complex and challenging.”

Released Monday, the report outlined climate risks facing the Canadian insurance industry over the next decade. Increased damage from flooding, wildfire, severe wind and other climate-related hazards will introduce risks and opportunity for the industry, it said.

Consider the 1998 ice storm. It resulted in 700,000 claims in Canada and 140,000 in the United States over a period of four to five weeks, one of the largest insurance response events in the world in terms of the number of claims paid. “A $2 billion severe weather loss event with 700,000 claims in Canada was unimaginable before 1998,” said the report, adding that at that time, it would typically take more than 20 years to accumulate $2 billion in severe weather claims from across the country.

Of course, many extreme weather risks are expected to increase in frequency and severity across Canada – events with the potential to result in direct damage to property, and a growing financial and operational risk for insurers and brokers.

But increased risk of loss also presents an opportunity to expand the coverage provided to homeowners and businesses. More rainfall in urban areas increases the risk of water damage and sewers backing up to flood basements. The areas that will be burned by wildfires are projected to grow, adding to the risk that fires burn out of control into residential and industrial areas. Rising sea level will increase the risk of coastal flooding.

So, unless major investments are made to enhance the resilience of buildings and infrastructure, extreme weather events will bring more damage claims, the report warned. Increasing loss and damage from severe weather may also introduced solvency risk for insurers.

Solvency risk is low and well-managed by insurers, but over the next 10 years, solvency regulators will expect insurance companies to conduct stress tests for a variety of severe climate-related risks, including flooding, wildfire, tornadoes and hurricanes. While only one insurer has failed in Canada over the past 50 years as a result of an extreme weather event, there is some future risk associated with catastrophic events.

No solvency concerns arose in 1998 from the ice storm, but the ice storm put a spotlight on the role of reinsurance in the industry’s management of extreme events, the report said. “Some companies did experience financial hardship following wildfire events in British Columbia and Alberta. Nine insurance companies in Florida failed following Hurricane Andrew, and one failed in California because of the Camp Fire in 2018.”