Ontario’s new government is promising to address property risk with a “new climate change plan,” but one of the first things it has done is table legislation scrapping a program that charges people for carbon emissions. 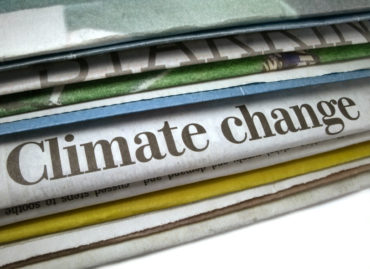 “We know that the climate in Ontario is changing,” Rod Phillips, Ontario’s Minister of the Environment, Conservation and Parks, told the legislature recently. “We all know how much damage was caused in the July 2013 rainstorm, which dropped 124 millimetres of rain in just a few hours on some parts of the province.”

Phillips was referring to the fourth-largest insured loss in Canadian history, nearly $1 billion, which emanated from a July 8, 2013 deluge over the western Greater Toronto area. Only the 2016 Fort McMurray wildfire, the 1998 ice storm in Ontario and Quebec and the 2013 southern Alberta flooding produced larger insured losses.

Global warming is a factor in natural catastrophe losses, Swiss Re suggested in Natural catastrophes and man-made disasters in 2017: a year of record-breaking losses, a report released this past January.

“We know climate change exists,” Prabmeet Singh Sarkaria, Progressive Conservative MPP for Brampton South, said Aug. 8, 2018 during debate on second reading of Bill 4, the Cap and Trade Cancellation Act. “But the solution to every problem is not to tax,” alluding to the fact that Ontario motorists would pay at least 4 cents more for gas with cap-and-trade.

If passed into law, Bill 4 would repeal the Climate Change Mitigation and Low-carbon Economy Act, which introduced cap-and-trade under the former Liberal government. Basically, the act sought to raise nearly $2 billion a year by charging Ontarians for carbon emissions.

The Liberals were defeated in the election this past June and replaced by the Progressive Conservatives, who characterize the cap-and-trade program as a “regressive tax” that charges motorists and homeowners too much.

If passed into law, Bill 4 will “see our government prepare a new climate change plan, a made-in-Ontario solution that addresses our challenges,” Phillips said. “We do need to curb our emissions, but we also need an adaptation plan that will prepare us for climate-related events that could alter our food supply, health and property.”

Provincial annual temperature has been increasing since 1900, at a rate of approximately 1.3 degrees per 100 years, Phillips noted. “It’s projected to increase by over three degrees by 2050, with even more significant warming expected in northern Ontario. This means that extreme weather events, such as storms and droughts, are likely to become more frequent and more severe.”

Cap-and-trade is not the same as a carbon tax, Gilles Bisson, opposition house leader and NDP MPP for Timmins, said at Queen’s Park during debate on Bill 4.

“The money that is raised by way of cap-and-trade is not strictly a tax,” Bisson said. “The money we raise from those who are polluting will be given to those people who are trying to reduce carbon emissions into the atmosphere or into the water,” Bisson said. That include “replacing your windows, putting in a new furnace, insulating your house,” Bisson noted. “If you’re a manufacturer or a small company of some type, it might be investing in technology that reduces your emissions into the atmosphere.”