Look for rate increases in Canada’s commercial residential realty segment to continue apace in 2020, but perhaps taper off in 2021 and beyond, Aviva Canada’s president and CEO predicted Thursday.

And as rates harden in condo lines, expect Aviva Canada to continue to provide capacity, with no plans to pull out of the “distressed” segment.

“Residential realty across the country is a segment in distress, I think, depending on where you are,” Storah told Canadian Underwriter Thursday during a telephone call to discuss the company’s financial results. “There is quite a lot of noise — understandably so — in Alberta and B.C. over the condos out there, and I think there is a little of that in Ontario. This is a segment that has been chronically underpriced and I think a number of short-term carriers have pulled out of this segment. Our approach in that segment is: ‘Yes, we know we need more rate, but we’re going to stay in the market and make sure customers aren’t going to be left in the lurch.’”

Storah was responding to a question from Canadian Underwriter about which particular segments in commercial lines were healthy, and which were under pressure for rate increases. In his remarks, Storah weighed in on the emerging issue of escalating condo rates. 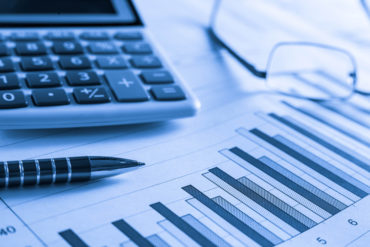 The scope of rate increases in the commercial realty segment are a matter for debate. In a blog post on Mondaq, one lawyer in the real estate space published word of an insurance rate hike that went as high as 780%. In reality, the average condo rate increase is more on the order of 35%, the Insurance Bureau of Canada (IBC) has said publicly in a release. A representative of the B.C. brokers association has contended in social media that IBC’s number may be understated.

Storah said that when he hears stories of huge spikes in condo premiums that soar beyond the national industry average, “there’s usually more to those headlines than meets the eye.” Specific fact situations will dictate pricing for individual clients, he suggested.

That said, the industry can probably expect to see rates in residential realty increase generally in 2020, although Storah did suggest there is light at the end of the tunnel.

“Some segments have seen significant double-digit increases over the last little while,” Storah observed. “Residential realty is an obvious one to call out — a combination of capacity withdrawing and inadequate pricing for a number of years. I do think that’s going to start to taper off, but that will probably happen in 2021 and beyond. There are certain segments of commercial that still need healthy rate increases because they have been underpriced for years.”

The industry has tried to mitigate the impact of rate increases by offering higher deductibles to keep premium costs down. One insurer (not Aviva Canada) told Canadian Underwriter that by offering higher commercial realty deductibles, sometimes on the order of $250,000, can keep premium pricing from doubling to quintupling. If the client applies the $250,000 to a bond, then at least if the condo experiences no damage, the client can earn some interest on the bond.

Storah was asked more generally about whether the use of higher deductibles is a way to reduce the degree of rate increases.

“When we look at what needs to happen in any segment, rate is only one of the levers that we consider to be available to us,” he said. “There are always a number of non-rate actions and deductibles, self-insured retentions, different coverage limits – there’s a number of things.

“I would say that if we are talking about commercial realty for a second, we are approaching that with as holistic approach as we can in terms of the actions we can take. I do think the condos and buildings that get the headlines of massive rate increases, there’s usually more to those headlines than meets the eye. We’re certainly looking at all the range of options available to us—rate and non-rate actions are included in that.”