How all-encompassing is the war risk exclusion?

Exclusions in commercial insurance for losses arising from violence might be broader than some of your clients think.

“It would apply to any act of war (declared or undeclared). It also applies to civil war or commotion, insurrection, hostilities or warlike operations, invasion, military or usurped power or martial law, rebellion or revolution.” 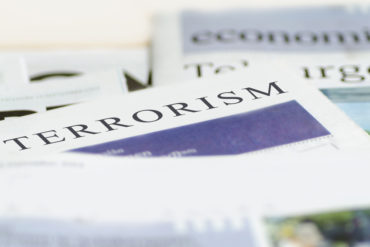 Political violence is on the minds of many Canadians this week. At 1:00 p.m. Wednesday, a moment of silence was scheduled at dozens of Canadian universities to remember the 176 people (57 of them Canadian) who died when a Ukraine International Airlines flight was shot down last week near Tehran, the Canadian Press reported.

Foreign Affairs Minister Francois-Philippe Champagne is scheduled to meet Thursday with the International Co-ordination and Response Group for families of victims of Flight PS752. The meeting – at the Canadian High Commission in London, England – is described as a step towards “closure, accountability, transparency and justice – including compensation – for the families and loved ones of the victims,” CP reported.

The Jan. 8 destruction of Ukraine International Flight PS752 – which Iranian leaders say was due to error – happened around the same time the Iranian military was launching a missile attack at Iraqi military bases housing American military members. The attack on the Iraqi bases was in retaliation for the Jan. 3 U.S. drone strike Jan. 3 that killed Qasem Soleimani, the Iranian general who headed the Islamic Revolutionary Guard Corps-Quds Force.

Acts of terrorism and war are considered by some to be uninsurable because they are deliberate acts and often result in large losses in small geographical areas.

“For insurance to operate economically, losses are typically not such that many or all insureds in one location suffer the same loss, which could bankrupt an insurer,” says the Insurance Information Institute.

“The insurance industry clearly defines an accident as any sudden, unexpected event that results in bodily injury at the time the event occurs, arises from an external source and occurs at an identifiable time and place,” Mohabir told Canadian Underwriter Tuesday.

Brokers can sometimes find policies that that remove the terrorism exclusion if they ask for them.

“Someone once told me long ago, ‘Insurance is sold, not bought’ and it does not seem more relevant than now with the changing world events,” Mohabir said. “Brokers can play an important role by being aware of their clients’ travel intentions and needs.”

More News
Related
How brokers are responding to Mideast crisis