Is the grass greener on the other side of insurance?

Are you a personal lines specialist who is attracted by the allure of working in commercial lines?

“I think a lot of people often say, ‘Well, I’m in personal lines and I aspire to commercial because it’s more specialized, it’s sexier and it gets more press,’” said David Crozier, president of Markel Canada during an Up Close and Personal session at the CIP Society Symposium on Apr. 9. “I just think a lot of people say, ‘Where I am, I see something else and that looks pretty sexy and pretty cool.’” 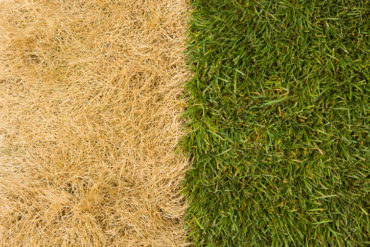 But personal lines may actually be where the action is at. It includes some of the key issues facing the industry.

“Climate change. What part of the industry does it affect more than almost any other – and certainly more intimately?” said Crozier. “Personal lines.

“So, you can make a great difference in the personal lines industry.”

“We could debate all day whether it’s the better choice to go the other way,” Crozier replied. “Whichever way you transition, it exposes you to more of the industry.”

But what happens if an employee has itchy feet and wants to make the leap from personal to commercial or vice versa? Or to a new company altogether? Crozier said it’s a benefit for people to be exposed to other parts of a company.

“Just when somebody is saying, ‘I’m a great renewal underwriter,’ you get them out on the road, you get them… into claims,” Crozier said. “You get a claims person working on a pre-loss on an accident or coming up with a different way of engaging with underwriting.”

Asking what the employee wants to do and about their interests can help. And for those who are getting wooed by the other side of the business? “It’ll still be there, but try everything here first and learn what you don’t know.”