What’s next for broker-insurer connectivity?

Now that the D/X Initiative has broken ground with the completion of a first notice of loss (FNOL) transaction in real-time, what’s next for broker-insurer connectivity?

“There’s a perception in the industry, I think, that when we talk about connectivity… that it’s focused on personal lines,” Steve Whitelaw, vice president of industry and partner relations with Applied Systems, told Canadian Underwriter earlier this month. “So, I think it’s really important to make sure that the industry understands…that it’s not just the personal lines side. We’re really working on the commercial lines side as well, and we’ve got a lot on the go in that space.” 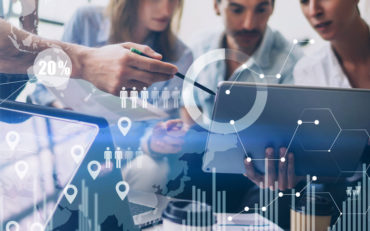 Whitelaw couldn’t get into more detail about some of the work. But he said Applied, in collaboration with insurer partners and industry partners such as broker associations and the Centre for Study of Insurance Operations (CSIO), is actively engaged in the continuing evolution of XML data standards specifically as they relate to commercial lines. (These standards are designed to efficiently transport and store insurance policy data between brokers and insurers.)

Whitelaw said a lot of time and effort is being invested in the commercial lines space. The focus is to “ensure we’re building that connectivity element to all the work we are doing from the outset, versus trying to deal with it after the fact. It’s kind of like what we are experiencing on the personal lines side now, that technology has caught up to us.”

As a generalization, the traditional approach was to use an application form as the catalyst for the process, as opposed to looking at the data, said Whitelaw. “There is some common data across all of those forms,” he said. “By taking a data-driven approach – as opposed to a forms-driven approach – out of the gate, there are efficiencies that we can realize. That’s the objective of what we are trying to do on the commercial lines data set.”

Having these data sets creates opportunities for efficiency in terms of populating data, be it through third-party data sources or data that exists in broker management systems, Whitelaw said. “By having that clearly identified data and those data sets, that’s the foundation that you need for all the other opportunities that are around it.”

In September, the Insurance Brokers Association of Canada’s (IBAC) data exchange working group announced the completion of an FNOL transaction in real-time. It was developed as a reusable data service and placed in a library hosted at CSIO. Next transactions planned include loss run transaction and some inquiry transactions around billing, policy and even claim inquiries.

From an Applied perspective, Whitelaw reports that it has eServicing. The banner shows in its user interface, allowing the broker to see what transactions are available, and with which carriers, when they are in the policy. “It’ll allow the broker to know right there in front of them without having to dig deeper if they can access those transactions with that carrier,” he said. “We’ve gone ahead and done that, and that’s obviously in support of this connectivity mandate.”

Not only does this save time, it allows the correct information to be communicated to the broker’s customer right when they want it,” Whitelaw said. “That’s what consumers today are demanding.”