With oil prices down nearly 30% over 16 months and bankruptcies on the rise, now might be a good time for brokers to check their oil and gas clients’ insurance policies – especially their directors’ and officers’ (D&O) coverage.

Among North American oil and gas producers, there were 42 new bankruptcies in 2019, up from 28 in 2018,  Dallas-based law firm Haynes & Boone LLP reported recently. Bankruptcies in the oil and gas sector are triggering D&O liability claims and frequency is up significantly, said Stewart Halstead, Calgary-based vice president of energy at commercial brokerage BFL Canada.

“Each and every company in the energy sector really needs to have a Side A difference in conditions policy,” Halstead said in an interview. “In bankruptcy, indemnity and capital provisions can change drastically, and individual directors and officers really need that protection.” 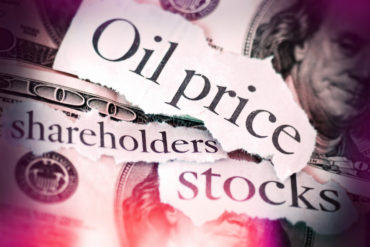 A Side A policy covers directors and officers in instances in which an organization does not indemnify them. Side B and Side C covers the entities themselves, reports Allianz Global Corporate & Specialty.

In many instances, directors and officers in the oil patch could be on the hook. Examples include lawsuits from shareholders and orders from regulators associated with environmental clean-up.

“D&O is not the only type of insurance coverage that needs to be monitored during the insolvency process,” said Halstead. “Production, property, equipment, well control, and environmental liability insurance really needs to stay in place.”

South of the border, Haynes & Boone compiles reports on bankruptcies among North American oil and gas producers. It releases separate reports on midstream companies (which transport, process or store oil or natural gas) and another in oil field services.

For oil and gas producers, there were 18 bankruptcy filings in Canada from 2015 through 2018, Haynes & Boone reported in its Oil Patch Bankruptcy Monitor, released Jan. 17.

Among the Canadian bankruptcies listed by Haynes & Boone were Twin Butte energy Ltd., which filed in Alberta for court protection from creditors in 2016. Twin Butte’s revenue dropped from $455 million in 2014 to $215 million in 2015.

“Entering 2020, commodity prices appear to remain challenging for producers,” Haynes  & Boone said in its Oil Patch Bankruptcy Monitor. “Natural gas prices fell by over half in 2019 compared to 2018, with little expectation in the near term for any price improvement.”

In 2018, the price of West Texas Intermediate oil dropped from US$74 a barrel  at the beginning of October to about US$45 at the end of the year, Bloomberg reports. It has since risen to US$53 a barrel. The average price is likely to remain at around US$57 throughout 2020 and 2021, BMO Capital markets predicted in a report released in January.

“The oil market appears to be resistant to sustained increases in spite of two major geopolitical events in the Middle East: The Sept. 14, 2019 attack on Saudi Aramco’s oil facilities and the heightened tensions following the Jan. 7, 2020 drone attack on Iranian Major General Soleimani,” said Haynes & Boone.