How Ontario is responding to surety writers’ COVID-19 concern

Concerns from surety bond providers have prompted the Ontario government to make one change, effective this Thursday, to the state of emergency during the pandemic.

The Mar. 20 emergency order was intended to apply to rules such as the two-year statute of limitations. The concern is that without the suspension, someone who is unable to get to court to file paperwork could be denied access to the courts because a timeline would expire.

But it also means some construction project owners were retaining a 10% “holdback” longer than would have been the case had it not been for the provincial state of emergency, Surety Association of Canada president Steven Ness told Canadian Underwriter last week. Ness had heard of one case where an Ontario municipal government did this on a construction project. 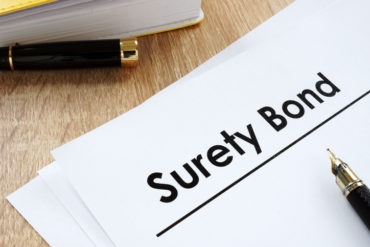 Ontario law stipulates that every payor on a construction project must initially hold back 10% of the money they owe. The suppliers have to get paid once any liens that may be claimed have expired, satisfied or discharged.

Whether that window is 45 or 60 days depends on when the project started, Hersen noted.

Those windows are now staying in place, according to an Apr. 9 letter from the government, which the Surety Association of Canada recently forwarded to Canadian Underwriter.

Contractors and suppliers in Ontario have liens against projects to which they supply goods and services in case there are payment problems. So if, for example, you are supplying pipes and the plumbing sub-contractor does not pay you on time, you have recourse through a lien on the project. But there is a time limit. Suppliers only have a certain number of days after a certificate of substantial performance is published to file to “preserve” their lien.

The exemption of the Construction Act – from the emergency order suspending limitations – take effect on Apr. 16. “This will allow for the release of holdback payments to contractors and subcontractors in the normal course, helping to resolve a potentially significant cash flow problem as a result of the order for the construction industry,” the Ontario government said in its Apr. 9 announcement.

Last week, Ness was warning that if liens never automatically expired, that could throw contractors into serious financial difficulties.

The Surety Association of Canada is comprised of brokers who place surety bonds and property and casualty carriers who write surety bonds.

Ness suggested the suspension of limitation periods was intended more for court filings — where people can’t get into a courthouse to file paperwork because of physical distancing rules to reduce the risk of spreading the COVID-19 virus.

SAC is part of a group — the Construction and Design Alliance of Ontario — which asked the government to exempt the Construction Act from the part of the emergency order pertaining to limitation periods, which took effect March 16.

If the Construction Act is not excluded and a construction project owner or contractor releases their holdback, they are taking a risk, Hersen told Canadian Underwriter before the exclusion was announced.

“If the payor releases their holdback and a lien is subsequently registered, outside of what would usually been the 45 or 60 day or 90 day period, depending on which section of the [Construction Act and Construction Lien Act] you are talking about, the owner or payor may find themselves in the position where they would have to pay (the 10% held back) again,” Hersen said at the time.