Late payments a ‘threat to the viability’ of small construction business: MPP

Small businesses in the construction industry face “undue risk” of not being paid in a timely manner, a member of the opposition Progressive Conservative party suggested to the Ontario legislature Tuesday. 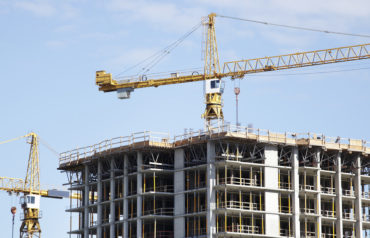 With late payments to construction contractors, “the issue is around the impediment to business and a threat to the viability of small businesses,” said Julia Munro, PC member of provincial parliament for York-Simcoe, said during debate on Bill 142.

Among other things, the ruling Liberals propose in Bill 142 to make surety bonds mandatory on public-sector construction projects in Ontario.

“Late payments are becoming a pervasive problem in all sectors of the construction industry,” Attorney General Yasir Naqvi said in September when he tabled Bill 142 for second reading. “In fact, between 2002 and 2013, the average collection period in construction has increased from about 57 days to 71 days. The increased complexity of construction projects means that resolving disputes takes more time than ever—sometimes months or even years—to work out.”

Bill 142 “will modernize construction lien and holdback rules,” Naqvi said at the time.

“We all acknowledge the inherent risk in taking any kind of steps in investment and construction and so forth,” Munro said Oct. 3. “I’m not advocating that we should isolate any particular segment of the business community from risk, because risk is the genesis from which you get growth. It spurs innovation. However, small businesses in the construction industry face undue risk. Higher up the construction chain, with the advantage of purchasing power, the payments earned by ground-level contractors were at risk.”

The opposition PC party “has been a long-time advocate to bring prompt-payment legislation to Ontario,” Munro told MPPs at Queen’s Park.

Bill 142 “is a step in the right direction,” Munro added.

“If you’re a small contractor and you take work from a large contractor, your small contractor has to pay his workers,” John Yakabuski, PC MPP for Renfrew-Nipissing-Pembroke, said Tuesday. “He has to pay his suppliers. He or she has to pay their bills on time. If they’re put in a position where they’re not getting paid by the bigger entity, they’re actually challenged as to whether or not they’re going to survive.”

If passed into law, Bill 142 would require that “a contractor who enters into a contract with an owner that is the Crown, a municipality or a broader public sector organization” provide the project owner “with a labour and material payment bond, and with a performance bond, if the contract price is above the amount set out in the regulations,” the government noted in an explanatory note to Bill 142.

If such bonds were to be mandatory, “subcontractors and suppliers would be protected and paid in case of a project’s insolvency,” Naqvi said earlier. “In addition, specific bookkeeping requirements would be set out to better protect subcontractors if a contractor becomes insolvent and cannot pay its debts.”

In a report released in April, 2016, Borden Ladner Gervais lawyers Bruce Reynolds and Sharon Vogel explained that surety bonds were made mandatory in the United States in 1935 with the passage of the Miller Act.

Their report – Striking the Balance: Expert Review of Ontario’s Construction Lien Act – was commissioned by the Ontario government. The report recommends that the province “enter into a dialogue with the Surety Association of Canada to agree on standard form surety bonds to be incorporated into the Act by regulation.”

A “certain way” to protect subcontractors and suppliers in public sector construction projects “is to adopt a statutory regime similar to the Miller Act,” Vogel and Reynolds wrote.

Naqvi said earlier that Bill 142 proposes that construction lien claims under $25,000 could be referred to Small Claims Court.

“We also want to extend the timelines to file liens and start court actions from 90 days to 150 days,” Naqvi said. “This would give contractors and subcontractors more time to resolve disputes out of court and avoid additional legal fees.”

“If someone makes a claim to get paid and it’s $25,000 or below, they can go directly to Small Claims Court, which is pretty fast these days, in order to get their matter resolved,” he said.

“We’re also going to have an adjudicative system set up—construction dispute interim adjudication—that would deal expeditiously with payment of disputes, resolving most issues within six weeks.”